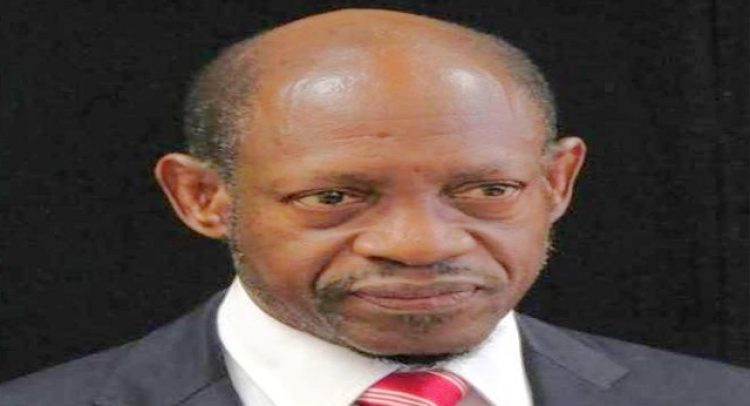 Former prime minister not taking the vaccine just yet

Basseterre, 26th February, 2021, (MyVue News.com)-The former Prime Minister of St. Kitts & Nevis, Dr. Denzil Douglas, has given indication that he is not inclined, at this time, to take the Coronavirus vaccine that is now being administered throughout the country, in the first phase of a more comprehensive roll out plan.

Douglas said however, in a video post shared on social media and also a press release, that as a medical doctor he supports the principle of vaccination, and the same holds for his St. Kitts-Nevis Labour Party, but that he is unhappy with the manner in which the government has proceeded with the roll out plan for the vaccine.

“Just last week Thursday, the 18th of February, during the meeting of the National Assembly of our Parliament, while calling on the government to provide a clear Vaccination Rollout Plan to be shared with our citizens, I was rudely interrupted and prevented from doing so,” said the former prime minister.

He charged that “Clearly the government was failing miserably to communicate its plan to the general public. On such a vital matter, where people must find creative solutions between preserving their lives and maintaining their livelihoods, Prime Minister Harris prefers to operate a secret society. He withholds critical information rather than functioning like a caring leader who is ultimately committed to the wellbeing of all.”

However, since the start of the program of inoculation,  growing numbers of citizens have been stepping forward to get their first shot and have proudly displayed their photo and video images, encouraging others to take similar action.

Some have said that they are doing so to protect their families and others in society, while also helping to speed up the process of returning the country to normalcy, especially in the commercial and tourism sectors.

Douglas however added that “Not only did I invite the government to disclose its Vaccination Rollout Plan, I sought clarification on the storage of the vaccines while the storage facilities were being prepared as reported by the Prime Minister.”

He went on to say that “Clarification on the efficacy of the Oxford AstraZenica Vaccine that the government had secured was also sought. Further, I requested information on behalf of thousands of residents and citizens, about the original source of the vaccines. It was absolutely necessary to have supporting scientific data, based on the many associated risks and adverse reactions related to age and pre-existing medical conditions, said the former prime minister.

Douglas also explained why he refused to take the vaccine.

“In light of these circumstances, I refused to take the vaccine yesterday during the photo gallery parade, without knowing whether the entire population would be vaccinated and how soon. As an MP and Leader of the Parliamentary Opposition, my conscience would not permit me to secure myself at the expense of my people, stated Dr. Douglas.

The Minister of Health, Akilah Byron-Nisbett, while launching the roll out plan last weekend explained that the first phase of the vaccination program involved members of the COVID-19 Task Force, doctors, nurses, and members of parliament.

She also explained that six health centers were to be used later that same week to administer to other citizens and that later, all health clinics in St. Kitts & Nevis will be utilized.

Telephone numbers were provided for citizens to call to book their appointments to get the vaccine and a series of public meetings and media appearances were also promised to help sensitize the public.

St. Kitts & Nevis received a gift of 2,000 doses from the Government of Dominica, which had been granted a larger supply from the government of India.

However, Prime Minister Dr. Timothy Harris had also used a media broadcast last week to indicate that his administration will be purchasing additional doses with financial support from Taiwan.

The government had also previously paid some $800,000 for vaccines last year and this supply will add to the numbers already here.

The plan said the government, is to inoculate about 70% of the population.