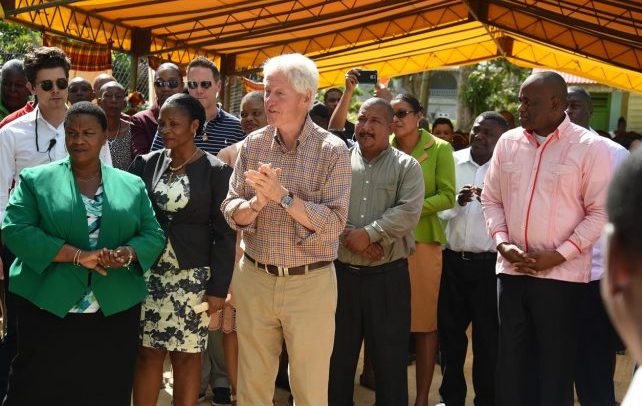 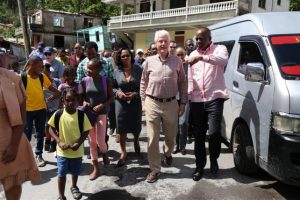 It was announced that the Clinton Foundation will be assisting Dominica in reconstruction efforts.

Clinton met with Prime Minister, Roosevelt Skerrit and members of his cabinet, President Charles Savarin and other high ranking members of the government.

He also visited Pichelin and the Soufriere Primary School. 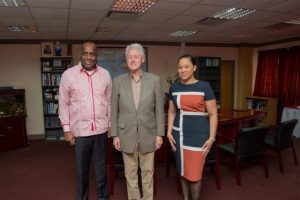