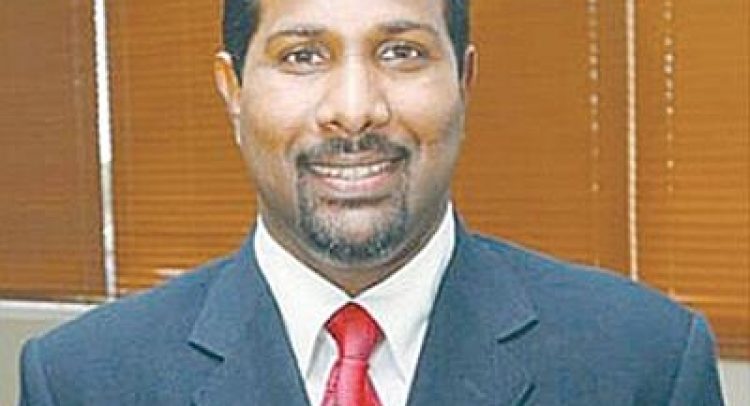 PORT OF SPAIN, Trinidad (CMC) – Former West Indies leg-spinner, Dinanath Ramnarine, has been awarded TT$831,823.65 in damages after a High Court in Trinidad and Tobago found that he had been libelled on the social media platform, Facebook, in 2016 by a businessman and cricket administrator.

Master Martha Alexander in a ruling against Rafi Ali, who was a nominated member of the Trinidad and Tobago Cricket Board (TTCB), ordered that he pays, the 46 year-old Ramnarine, who played for the regional team between 1997-2002, the sum of TT$775,000 in damages, plus interest and an additional TT$56,823.65 in legal fees.

Ramnarine, the former president and chief executive of the West Indies Players’ Association (WIPS) sued Ali after he posted a comment on his Facebook page while Ramnarine served as chairman of the Board of Directors at the Sports Company of Trinidad and Tobago.

In the judgement, the Court noted that Ali also e-mailed TTCB members and republished a Facebook post inserting his own commentary “to demonstrate his ill-will and mala fides” towards Ramnarine.

Master Alexander said Ali acted deliberately, jeeringly and maliciously and in ordering the payment of compensation, she said it would “serve to caution any defendant who uses Facebook or any other social media platform to libel and destroy a claimant’s reputation that he will feel the punitive arm of the court acting to deter such behaviour.”

She said Ali’s Facebook libel was staged to destroy Ramnarine’s reputation and that the Court had to send a message “that such reckless abuse of social media platforms must stop.

“The defendant before this court will not be allowed to use Facebook to boost his popularity at the claimant’s expense or ‘to sell another man’s reputation for profit,” Master Alexander said.

“If a defendant’s sport of choice is Facebook libel then the consequences of such virtual sporting libel must burn the pockets of the defendant to achieve deterrence…This would act as a punishment to this defendant and deterrence to him and others that Facebook libel is no sport in which to engage.”

The Court ruled that Ramnarine had “huge footprints both locally and regionally” and, as a sporting personality, he had a presence in and contributed to the governance and development of the sports of cricket and football.

“This is not a claimant who is an unknown, voiceless or a non-contributing participant in the sporting arena. This is a claimant whose name has widespread recognition, commands worldwide respect and whose contribution to the sporting world is undisputed.”

Master Alexander said the “surefire spread” of Facebook libel was common knowledge to users of the platform, who “must be assumed to know and intend to disseminate the libel worldwide.”

She said Facebook libel was a booming platform for any defendant “who wants to act with impunity by ignoring the numerous judicial cautions to Facebook users to desist from online character assassinations because of defamation’s far-reaching consequences” and in Ramnarine’s case, the defamatory materials “were offensive, egregious and aimed to wound” him by sending them to millions.

She said Ali, as a member of the TTCB, would have profited from tarnishing Ramnarine’s reputation for integrity and professionalism.

“A defamed person cannot hide or escape from Facebook libel, as it follows him into his home, behind closed doors and wherever he goes. Facebook libel is invasive, leaving inescapable stigmas that survive long after the offending words are no longer online talking points,” Master Alexander said, adding that it was presumed Ali intended to attract maximum attention and do maximum damage by his actions and failed to take steps to mitigate his wrong, not even apologising to Ramnarine.

“It was presumed that he understood his influence with his online audience, and in the sporting industry, when he set out to wreck the career of the claimant with his Facebook libel.

“In the face of his libellous carnage, the defendant refused to apologise and continued unhindered in his own career, while the claimant was left to deal with the professional and personal wreckage caused by the defamation,” the Court said.

At the High Court level, Ali failed to defend the claim against him filed in 2019 by Ramnarine, who received judgment in default in September 2020.