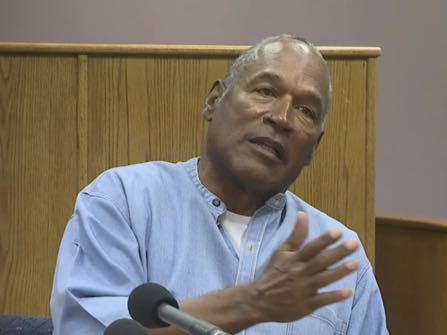 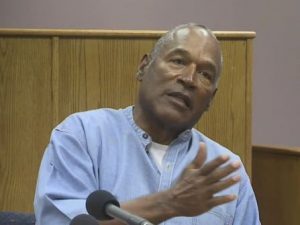 Fox TV will air a n O.J. Simpson special including a previously unseen 2006 interview in which he theorizes about what happened the night his ex-wife was murdered.

Publisher Judith Regan had interviewed Simpson for a book to be published by her HarperCollins imprint, ReganBooks. But “If I Did It” was dropped in response to widespread outrage and Regan was later fired and her imprint disbanded.

Fox, which like HarperCollins was owned by News Corp., planned to air a two-part special before the book’s planned 2006 release. But the network reversed course after some Fox affiliates balked at carrying the program about the 1992 stabbing deaths of Nicole Brown Simpson and her friend, Ron Goldman.

The videotapes were shelved on the Fox studio lot and recently discovered. In a release, Fox breathlessly described the “infamous” interview as “lost — until now.”

“Simpson’s explosive words finally will be heard, as he answers the questions that gripped a nation during the notorious ‘Trial of the Century,’” the network said in a release.

Simpson was acquitted of criminal charges by jurors but found responsible in a subsequent civil trial.

The ghostwritten, fictionalized account of the murders ultimately was published by another company, and a federal bankruptcy judge later awarded rights to the book to Goldman’s family to help satisfy a $38 million wrongful death judgment against Simpson.

The family labeled the book as Simpson’s confession, the same description Regan offered in justifying the original publication. In the interview with Regan, Simpson talked about how he would have committed the murders “if he were the one responsible.”

The former football hero served nine years in prison for leading five men, including two with guns, in a September 2007 confrontation with two sports collectibles dealers at a Las Vegas casino hotel.