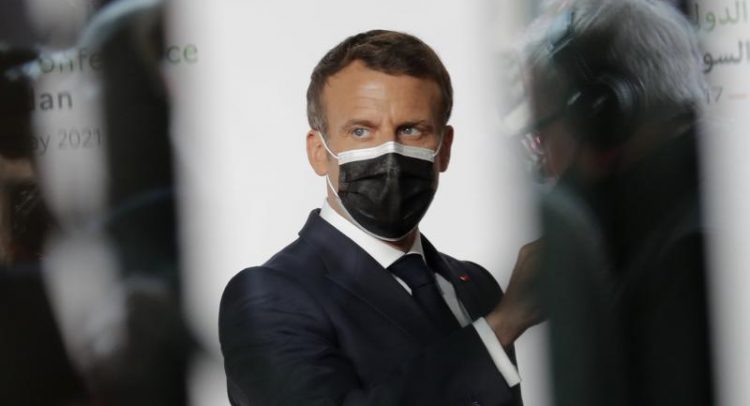 French President Emmanuel Macron was hosting the event in the presence Gen. Abdel-Fattah Burhan, head of Sudan’s ruling sovereign council, and Prime Minister Abdalla Hamdok, in charge of making changes in the African nation after a popular uprising led to the military’s overthrow of longtime autocrat Omar al-Bashir in 2019.

The conference is taking place along with the heads of state of neighboring Egypt and Ethiopia as well as the International Monetary Fund Managing Director Kristalina Georgieva and African Union Commission Chairman Moussa Faki Mahamat.

It “is meant to be a kind of re-introduction of the ‘new’ Sudan to the concert of nations, ending 30 years of international isolation,” French Finance Minister Bruno Le Maire said Monday.

Macron’s office said the event aims at having talks on how to boost investment in Sudan and negotiate debt relief.

Sudan’s transitional government has taken a set of measures in recent months to transform the country’s economy and rejoin the international community after over two decades of isolation. That measures included a managed flotation of the Sudanese pound in an unprecedented step that led to hikes in the price of fuel and other essential goods.

The flotation was a key demand by the IMF, with which Sudan is expected to end in September a 12-month program to win relief on its foreign debt, which is at $70 billion.

Le Maire called Monday for “the urgent implementation of a debt treatment” and the “clearance” of Sudan’s arrears toward multilateral and bilateral institutions.

Cash-stripped Sudan has for years struggled with an array of economic woes, including a huge budget deficit and widespread shortages of essential goods and soaring prices of bread and other staples. The country’s annual inflation soared past 300% last month, one of the world’s highest rates.

The country plunged into an economic crisis when the oil-rich south seceded in 2011 after decades of war, taking with it more than half of public revenues and 95% of exports.

Sudan was also an international pariah after it was placed on the United States’ list of state sponsors of terror early in the 1990s. This largely excluded the country from the global economy.

Former President Donald Trump removed Sudan from the blacklist after the transitional government agreed to pay $335 million in compensation for victims of attacks carried out by Osama bin Laden’s al-Qaida network while the terror leader was living in Sudan. The removal also was an incentive for Sudan to normalize ties with Israel.

Dr. Suliman Baldo, senior advisor at The Sentry, a watchdog group, said the Sudanese transitional government continues to make “encouraging progress” but “this progress risks being undone unless it is rooted in a tangible shift away from the opaque and corrupt system operated for decades by the former regime.”

“The transitional government must deal with this legacy with more resolve than it has shown to date,” Baldo said.

On Tuesday, another summit hosted by Macron will focus on ways to finance African economies to help them recover from huge economic losses due to the pandemic.

French President Emmanuel Macron waits for the start of the summit to support Soudan, Monday, May 17, 2021 at the Grand Palais Ephemere in Paris. French, African leaders and heads of international organizations are holding on Monday a conference in Paris to negotiate debt relief and raise global support for Sudan’s transitional leadership. (AP Photo/Christophe Ena)