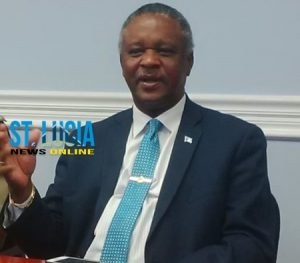 On Tuesday, June 19, 2018, Canada officially legalised the recreational use of the drug cannabis and became the first Group of Seven (G7) country to do so. The G7 consists also of France, Germany, Italy, Japan, the United Kingdom, and the United States.

In December 2013, Uruguay became the first country to fully legalise the sale and production of marijuana.

In addition, several U.S. states, including California and Colorado, have legalised the drug’s recreational use, and Caribbean countries such as Jamaica and Antigua and Barbuda have taking proactive steps in the decriminalization of the drug.

In Saint Lucia, the Cannabis Movement has been pressing the Allen Chastanet-led government to give their official position on cannabis law reform.

Spokesman for the organisation Andre ‘Pancho’ de Caires has expressed concerned that the current administration is sending mixed signals on the issue when they had made reformation of cannabis laws an election campaign promise.

At a late-May press briefing, National Security Minister Hermangild Francis said while he understands de Caires’s concern, the advocate must understand that there is a process.

Francis said particularly important is consultation with the Opposition so that a unified decision can be made.

He said: “At the end of the day, we cannot just do it as a government, we have to get in touch with the people. I will be speaking to the Hon. Philip Jean-Pierre, the leader of the Opposition, and see where we can come up with a collective decision. I don’t think it should just be one party to make a decision and then the next party is quarrelling about it. If we could come together and get a consensus, I think that would be better, so no political party can take any kudos or you want to blame a government for doing this or not. I think it should be a joint partnership.”

Francis added: “I can understand Mr. de Caires, but Mr. de Caires has to understand that there’s a process. As a matter of fact, I think that later this year, there’s the Head of Government meeting [where the topic] is going to be presented to the prime ministers at that time, so that we can make a decision.”

And what is the security minister’s position on the subject?

He said clearly: “…. I am not going to look at decriminalization or legalization, but I am looking at the legislation in such a way that you can make it a little less onerous on the young people of this country. So we have alternative sentencing: you are found with a certain quantity, where is for recreational, medicinal, medical, medicine and so on, then you can have that. So we take the example of Antigua, and I think that’s the way to go.”

Legislation was passed in Antigua and Barbuda (A&B) in April this year, permitting the possession of 15 grammes of cannabis and the growing of four cannabis plants per household. According to the Antigua Observer, it is projected that the A&B government will go to parliament by the end of 2018 to pass laws allowing for the growing, harvesting, processing and sale of medical marijuana.

* Possession of up to 2 ounces (56.6 grams) is a petty offence, and will not “result in a criminal record”

* Cultivation of five or fewer plants is permitted

* Practitioners of the Rastafari faith may use cannabis for religious purposes

FSRC, CAPS and CARTAC come together in St. Kitts for important discussion on pension regulation and supervision