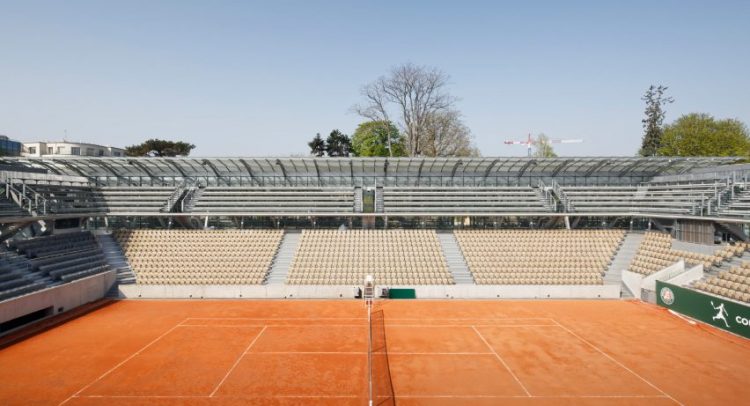 Players at the French Open will be allowed a daily one-hour window outside their social-distancing bubble, tournament organizers said Wednesday.

Guy Forget, the director of the clay-court Grand Slam, said players will have the chance to get out for a jog or enjoy some fresh air during their stay in the French capital despite coronavirus restrictions. Insisting players are “extremely aware of the danger” caused by the coronavirus pandemic, Forget said they won’t be put under surveillance.

“Our goal is not to put them in a necklace and attach them to their hotel or to the Roland Garros stadium,” he said.

For the second year in a row, the traditional French Open schedule has been disrupted by the coronavirus pandemic. Initially scheduled to start on May 23, first-round matches will now get underway on May 30. Last year’s tournament was pushed back to September because of the pandemic, with crowds limited to 1,000 per day.

This year’s delay will allow organizers to welcome more fans since nationwide restrictions enforced in France are set to ease before and during the tournament.

If the health situation in France continues to improve, up to 5,388 spectators will be allowed every day from May 30-June 8. More fans will be allowed to access the six distinctive areas inside the stadium, with the capacity rising to a maximum of 13,146 spectators on June 9 and 10. In total, organizers will be selling 118,611 tickets compared to 15,000 last year.

Forget said players will go straight to their hotel upon their arrival in Paris and will be tested for the coronavirus before they can get their accreditation. They will then be subjected to PCR tests every four days.

All players will be lodged in two Paris hotels where they will have access to restaurants and fitness rooms, Forget said. They won’t have access to Roland Garros on the days they are not scheduled to play.

Fans over the age of 11 will be required to wear masks at all times inside the stadium. From June 9, depending on the adoption of a health certificate by French authorities, they will need to show they had a negative PCR or antigenic test less than 48 hours before entering the stadium, present a vaccine certificate or a proof they have been infected and recovered from the virus.

Among the novelties announced this year, a night session will be introduced for 10 days with a retractable roof on center court and floodlights. But matches will be held without fans, except for the final day on June 9, because of the night curfew at 9 p.m.

Consumer prices shot up 0.8% in April as worries escalate