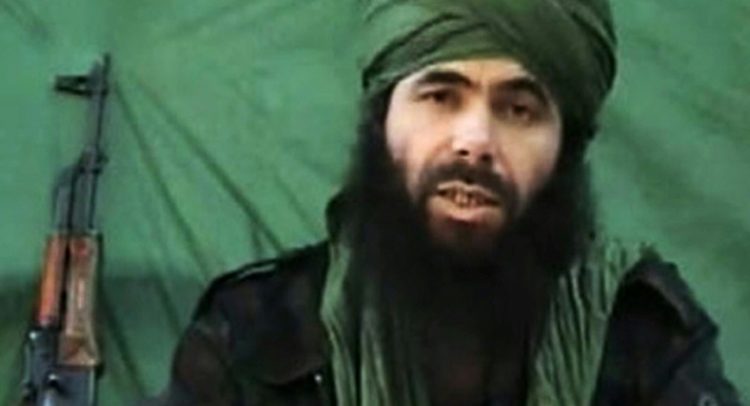 France has hailed the killing of the head of Al-Qaeda’s North Africa wing in an operation that dealt a blow to the group behind a string of deadly attacks across the troubled Sahel region.

Abdelmalek Droukdel was killed by French troops on Thursday in northern Mali near the Algerian border, where the group has bases it uses to carry out bombings and abductions of Westerners, Defence Minister Florence Parly said.

Many close associates of the Algerian — who commanded several groups under the banner of Al-Qaeda in the Islamic Maghreb (AQIM) — were also “neutralised”, she said on Friday, describing the operation as a “major success”.

Parly also announced the capture last month of a senior figure from a regional offshoot of the so-called Islamic State group, in a double strike against the rival jihadist groups.

AQIM emerged from a group started in the late 1990s by radical Algerian Islamists, who in 2007 pledged allegiance to Osama Bin Laden’s Al-Qaeda network.

The group has said it has carried out numerous attacks on troops and civilians across the Sahel, including a 2016 attack on an upmarket hotel and restaurant in Burkina Faso that killed 30 people, mainly Westerners.

The death of Droukdel — once regarded as Algeria’s enemy number one — could leave AQIM in disarray, French military sources said.

France has deployed more than 5,000 troops to combat jihadist groups in the region — a largely lawless expanse stretching over Burkina Faso, Chad, Mali, Mauritania and Niger, where drugs and arms flow through porous borders.

Thursday’s operation came after French President Emmanuel Macron hosted a meeting in January of regional leaders to intensify the military campaign, in the face of surging attacks that claimed the lives of 4,000 people in 2019 alone.

Northern Mali is the site of frequent clashes between rival armed groups, as well as a haven for jihadist activity.

In 2012, key cities fell under the control of jihadist groups linked to Al-Qaeda, who exploited an ethnic Tuareg-led rebel uprising, leading to a French-led military intervention.

According to the UN, Droukdel was an explosives expert and manufactured devices that killed hundreds of civilians in attacks on public places.

He was sentenced to death in Algeria in 2013 for his involvement in the bombings of a government building and offices of the UN’s refugee committee in Algiers that killed 26 people and wounded 177.

The US said it had provided intelligence to help track down Droukdel, who was killed in Talhandak, northwest of the town of Tessalit.

“US Africa Command was able to assist with intelligence and… support to fix the target,” spokesman Colonel Chris Karns told CNN.

France also claimed on Friday to have captured a leader of the Islamic State in the Greater Sahara (ISGS) group, which carries out frequent attacks over Niger’s western borders.

“On May 19, French forces captured Mohamed el Mrabat, veteran jihadist in the Sahel region and an important cadre in EIGS,” Parly said on Twitter, using the French initial for ISGS.

She described ISGS as “the other great terrorist threat in the region” and said operations against them were continuing.

Mali is struggling to contain an Islamist insurgency that erupted in 2012 and has claimed thousands of military and civilian lives since.

Despite the presence of thousands of French and UN troops, the conflict has engulfed the centre of the country and spread to neighbouring Burkina Faso and Niger.

A source told AFP that some 500 jihadist fighters had been killed or captured by French troops in the region in recent months, among them several leading figures including commanders and recruiters.

Droukdel’s death is a symbolic coup for the French, a military source said.

He had remained a threat in the region, capable of financing jihadist movements, even though his leadership had been contested, the source added.

Droukdel has been described as charismatic but ruthless, ready to eliminate members of AQIM who rejected his instructions or ideological positions, according to the analysis group Counter Extremism Project.

Born in 1971 in a poor neighbourhood of Algiers, Droukdel — also known as Abou Moussaab Abdelouadoud — took part in founding the Salafist Group for Preaching and Combat (GSPC) in Algeria.

Abdelaziz Bouteflika, elected Algerian president in 1999, managed to persuade most of the armed groups in the country to lay down their weapons.

The GSPC, however, refused and Droukdel decided to approach Al-Qaeda.

Photo: Abdelmalek Droukdel was once regarded as Algeria’s enemy number one (Hand-Out/AFP/File / -)

A third serving of Digicel Unplugged