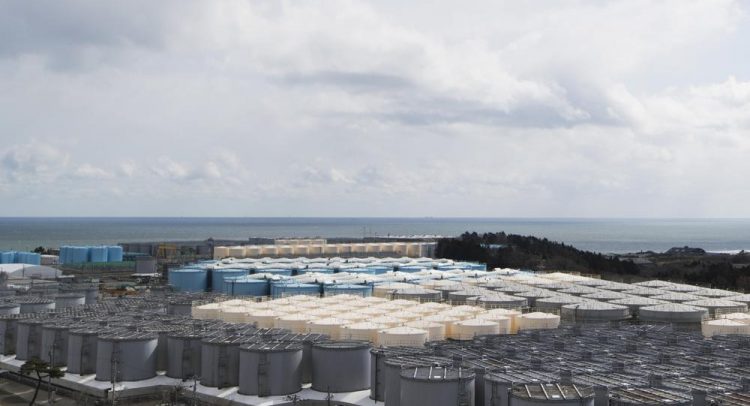 Fukushima plant failed to probe cause of faulty filters

TOKYO (AP) — Officials at Japan’s wrecked Fukushima nuclear power plant have acknowledged they neglected to investigate the cause of faulty exhaust filters that are key to preventing radioactive pollution, after being forced to replace them twice.

Representatives of the operator, Tokyo Electric Power Company Holdings, made the revelation Monday during a regular review of the Fukushima Daiichi plant at a meeting with Japanese regulatory authorities. Three reactors at the plant melted following a massive earthquake and tsunami in 2011.

The filters are designed to prevent particles from escaping into the air from a contaminated water treatment system — called Advanced Liquid Processing System — that removes selected radioactive isotopes in the water to below legal limits.

“At the core of this problem is TEPCO’s attitude,” a Nuclear Regulation Authority commissioner, Nobuhiko Ban, said at the meeting.

TEPCO has been repeatedly criticized for coverups and delayed disclosures of problems at the plant. In February, it said two seismometers at one reactor had remained broken since last year and failed to collect data during a powerful earthquake.

Company officials said that 24 out of 25 filters attached to the water treatment equipment had been found damaged last month, after an alarm went off as workers were moving sludge from the unit to a container, temporarily suspending the water treatment. The operation partially resumed last week after the filters were replaced.

TEPCO said it had detected similar damage in all of the filters two years ago, but never investigated the cause of the problem and did not take any preventive steps after replacing the filters.

Another regulatory commissioner, Satoru Tanaka, said at the meeting that the utility company should have responded to the problem more quickly to minimize the risk of possible radiation leakage into the environment.

TEPCO officials said dust monitors indicated no radiation leaks to the outside or exposure to plant workers inside the water treatment facility.

Japanese officials are working with the International Atomic Energy Agency to prepare to discharge into the ocean the wrecked plant’s cooling water, treated so its radioactivity levels are below legal limits. Slated to start in spring 2023, the controversial plan is fiercely opposed by Fukushima’s fishing community, as well as local residents and nearby countries.

FILE in In this Feb. 27, 2021, file photo, tanks (in gray, beige and blue) store water that was treated but is still radioactive after it was used to cool down spent fuel at the Fukushima Daiichi nuclear power plant in Okuma town, Fukushima prefecture, northeastern Japan. Technicians at Japan’s wrecked Fukushima nuclear power plant neglected to investigate the cause of faulty filters that were discharging dangerously radioactive water into the sea, company officials admitted Tuesday, Sept. 14, 2021, after being forced to repair the filters. (AP Photo/Hiro Komae, File)