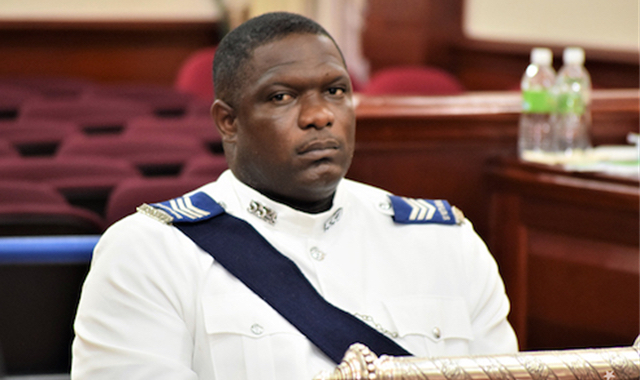 Basseterre, St. Kitts, 17th May, 2018 (MyVueNews.com) – The late Police Sergeant Dwight Davis will be laid to rest today, 17th May, with full military honours in his home village of St. Paul’s.

The service will take place at the St. Paul’s New Recreation Ground starting at 2 pm. However, the viewing of the body will commence at 1 pm. The late Sergeant Davis will be laid to rest at the St. Paul’s Anglican Church Cemetery.

Expected at the service will be Prime Minister Dr. Timothy Harris, the head of National Security, as well as members of the Police High Command and other high ranking Police and National Security officials.

The eulogy will be delivered by the Right Hon. Dr. Denzil L. Douglas, the Leader of the Parliamentary Opposition and representative of Constituency #6.

The lifeless body of 37-year-old Sergeant Davis was found on 3rd May by two passers-by in Dieppe Bay near the railway tracks.

Later, an autopsy confirmed that Davis died from multiple gunshot wounds to the chest.

Police have launched a vigorous investigation and have also offered a $50,000 reward for information that leads to the arrest and conviction of the person or persons responsible for Sergeant Davis’ murder.