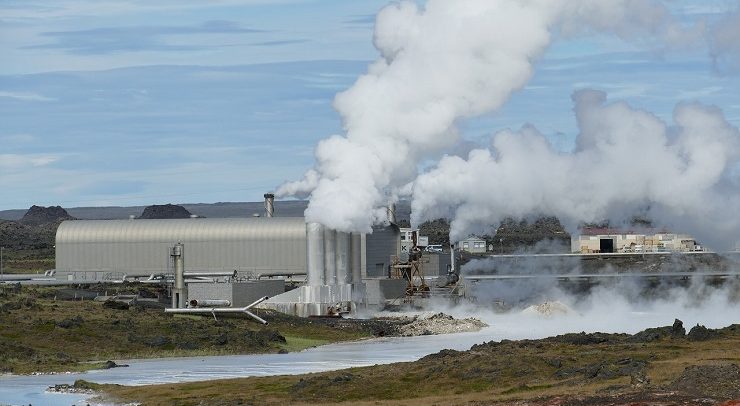 Full Steam Ahead: Geothermal Energy Can Fuel the Future of the Eastern Caribbean 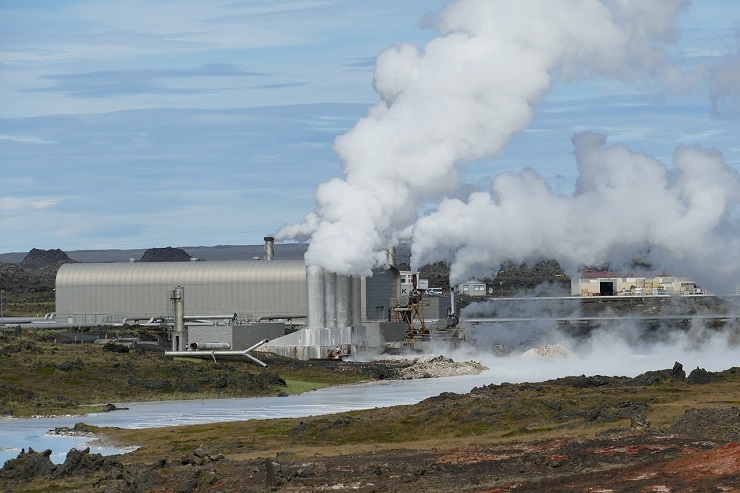 The London School of Economics and Political Science teamed up with Judith Ephraim, Programme Coordinator for the Sustainable Energy Unit of the Organization of Eastern Caribbean States (OECS) Commission, and staff of the Unit to provide the following analysis on the future of geothermal energy in the Caribbean.

LONDON, United Kingdom, Thursday February 1, 2018 – Though geothermal energy is a more involved and expensive undertaking than other renewables, its significant benefits make it an ideal way for the Eastern Caribbean to gain greater energy independence, reduce energy costs, and achieve sustainable development.

The islands of the Eastern Caribbean are renowned for their natural beauty and rich culture. But the volcanic origin of these islands has not only created breathtaking scenery, it could soon provide the solution to the region’s quest for clean, renewable, and affordable energy.

Like most small island developing states (SIDS), the countries of the Organization of Eastern Caribbean States (OECS) spend a large part of their earnings on imported fossil fuels to meet their energy needs, yet they also boast high levels of solar radiation, good wind regimes, and impressive geothermal potential.

Across the world, the cost of energy has a major influence on quality of life. Energy represents a significant cost to households, businesses, and states. Reductions in the cost of technologies such as solar have led to promising growth in the renewable energy sector, but to make this sector a significant contributor to electricity generation in the OECS, efforts must include geothermal energy development.

The benefits of geothermal energy in the Caribbean and beyond

The International Renewable Energy Agency reports that geothermal deployment worldwide reached a total installed capacity of 12.7 gigawatts in 2016, a level well below its potential. There is, however, increasing recognition of its many advantages over other technologies, which may explain why global geothermal output has risen by 26% in just over five years.

First, it has high availability and can be delivered 24 hours a day, 365 days a year. Geothermal energy plants can also operate continuously at up to 98% capacity because they have a constant source of “fuel” and require little downtime for maintenance.  With climate change gradually increasing the severity of extreme weather events, a further advantage of geothermal installations is their greater resilience in the face of hurricane damage, as compared to solar, wind, and wave technologies.

Though there is currently just one operational geothermal plant in the Caribbean, on the French island of Guadeloupe, geothermal studies have been carried out since the 1950s, generating a wealth of knowledge that can inform new projects. With recognition of the unique benefits of geothermal spreading, seven of the OECS’ ten members are now pursuing geothermal energy projects.

The growing presence of geothermal in the Eastern Caribbean

Montserrat, with the smallest population in the OECS, is already well advanced, with two rounds of exploratory drilling having confirmed a productive geothermal resource, and a third exploratory well on the way. Discussions regarding the design, procurement, and construction of a 2.5-3.5 megawatt (MW) plant are in progress.

Due to rising fuel prices and the cost of shipping to the island, Montserrat has some of the highest electricity costs in the world. A successful geothermal energy project would reduce the cost of electricity generation, in turn lowering costs for investors and ultimately transforming Montserrat’s wider economy.

In Dominica, meanwhile, geothermal work has been underway for some time, but the devastating effects of Hurricane Maria have only reinforced the need for the country to invest in indigenous renewable energy sources.

Surface studies on Saint Kitts, carried out by a geothermal company from nearby Guadeloupe, are still ongoing, but preliminary results indicate the potential for a geothermal plant of 18-36 MW. On sister island Nevis, additional testing is required, but a plant of 9 MW is being considered.

Saint Lucia has completed both a feasibility study and also an environmental and social impact assessment in preparation for exploratory drilling.

Saint Vincent and the Grenadines has completed a Power Purchase Agreement with a private generating company for the sale of future geothermal energy, and a drilling contractor has already been procured.

Grenada is setting up a project management unit to oversee their geothermal work with drilling expected to commence soon.

Understanding and overcoming the barriers to geothermal development

Although geothermal projects are relatively capital intensive, a geothermal power plant has low and predictable operating costs. However, financing for geothermal energy remains a challenge for the region given the high cost of the exploratory studies required to confirm the resource.

Few OECS countries are currently in a financial position to pursue geothermal on their own, and neither are they necessarily prepared to take loans from multilateral development banks for that purpose. This means that private sector developers are likely to play a significant role in geothermal energy development in the region.

Aside from this important role of the private sector in capitalizing geothermal projects, Eastern Caribbean states are seeking innovative financing options that will not negatively impact the electricity tariffs expected from geothermal generation.

A critical issue in future will be successful negotiation of supply agreements with regard to concessions, timeframes, prices, and other regulations. These must ensure fair terms and conditions for all stakeholders. In this regard, national governments have a leading role to play in safeguarding the interests of the countries.

Once geothermal plants are built, close management will be needed as they require careful optimization over time. As such, a holistic approach is key to achieving best practices in terms of field appraisal, project development, drilling, and operation, thereby ensuring that geothermal projects achieve their anticipated economic performance.

Though geothermal energy is a much more involved and expensive undertaking than solar or wind, the benefits may well be worth the effort. It is geothermal energy that holds real promise for the Eastern Caribbean as we seek to gain greater energy independence, reduce energy costs, and drive towards sustainable development in the region.

Saudi and UAE move to end standoff in Yemen's Aden

Sri Lanka pile on the runs and eye big lead