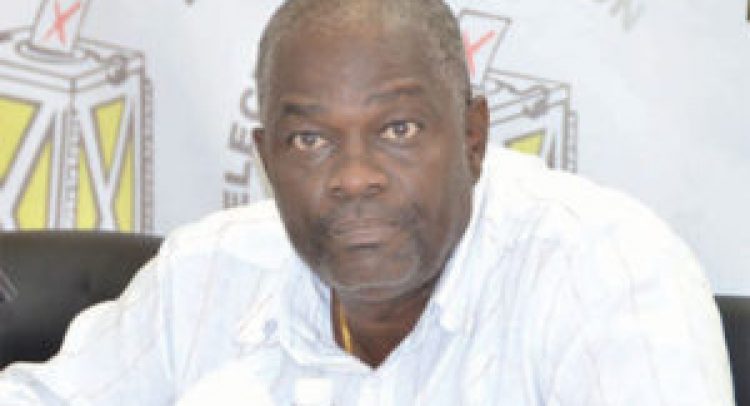 Chief Elections Officer (CEO) Keith Lowenfield continues to face backlash over the contents of his report delivered to the Guyana Elections Commission (GECOM), with A New and United Guyana (ANUG) on Sunday calling him out for usurping the role of the seven-member Commission by making conclusions on the credibility of the March 2 elections on his own.

On Saturday, Lowenfield submitted his report on the recently concluded National Recount to the GECOM Chair, (ret’d) Justice Claudette Singh, and according to stakeholders, he went beyond his mandate to just present a tabulation of the votes garnered during the recount exercise and a summary of the observation reports and “illegally” proffered his opinions by saying that the election process may have lacked credibility and fairness.

The CEO came to this conclusion following a series of alleged anomalies raised by the incumbent A Partnership for National Unity/Alliance for Change (APNU/AFC) during the recount exercise. The Coalition had made unsubstantiated claims that votes were cast in the names of dead and migrated persons at the March elections, but dozens of persons came forward to dispute those allegations and prove that they were in fact in Guyana on polling day and voted. As such ANUG, in a statement, pointed out that Lowenfield has taken it upon himself to decide that the “unproven and unsubstantiated bare allegations” of dead and overseas voters recorded by “complicit GECOM officials on the say-so of APNU representatives” are evidence that the allegations are true.

“He has concluded that the allegations ‘were of substance’. Lowenfield concludes all by himself, as if he were GECOM and not simply a functionary within the Secretariat, that ‘it cannot be ascertained that the results… meet the standard of fair and credible elections’,” the ANUG party asserted.

According to the new party, which secured the third highest number of votes at the polls, with 2,313; after the recount had uncovered the blatant fraud perpetrated by embattled Region Four Returning Officer Clairmont Mingo, who heavily inflated figures in favour of the Coalition, the incumbent party created a new lie, and is now pushing for the elections to be annulled.

“With the complicity of the rogue elements in the GECOM Secretariat, APNU has told the Guyanese people that there were so many anomalies in the conduct of the previously fair and credible electoral process that the election must be annulled,” the missive detailed.

In order to create this new deception, ANUG argued, the Coalition, with the complicity of the “rogue” GECOM Secretariat, evolved a five-stage plan. The first step was levelling the allegations, which the party said APNU/AFC could not substantiate with evidence.

The second step was having GECOM officials record on the Observation Sheet that an allegation was made by APNU that specified voters were dead or resident overseas.

“The GECOM officials, with equal consistency, refused to record on the Observation Sheet the observation by any other party that no evidence was presented; that the allegation was a bare and unsubstantiated statement by a person who had no knowledge of the truth of his allegation; that GECOM’s own record showed that the individuals have appeared and shown their ID cards, and been scrutinised by PPP and APNU reps and GECOM officials before being permitted to vote; and recorded only that the opposition parties ‘object to the allegation’,”

This was followed by the GECOM staff refusing to permit any Opposition party or observer to look at the List of Electors from the box, to verify whether the named individuals had in fact voted; so that that question remains unknown.

In the meanwhile, the new party said, the incumbent Coalition promoted the narrative that the election, which had given them a victory with the Mingo count, was now not credible.

“The fifth and final stage of the plan involved the Chief Executive Officer of this rogue Secretariat, Keith Lowenfield, who had been directed by GECOM to prepare a report showing a tabulation of the recount and a summary of the Observation Sheets, seeking to lend credence to the nonsensical “allegations” in that report. The words ‘tabulation’ and ‘summary’ are not ambiguous; the former means, in this context, to add up. Lowenfield has added up the recount, and the result – as the whole country had known for three months — is that PPP won the election by 15,000 votes; that Mingo was guilty of fraud; and that APNU lied to the nation and to its supporters,” ANUG outlined.

But, the party noted, Lowenfield did not provide a summary of the Observation Sheets.

According to ANUG, “GECOM has replaced Mingo’s false spreadsheets with Lowenfield’s equally false opinions and conclusions in submitting a ‘report’ to the Commission. It now remains for the Chairman, Ms. Singh, to decide how to treat this report.”

The new party, whose Presidential Candidate is legal giant Ralph Ramkarran and whose Chairman is the outspoken lawyer Timothy Jonas, pointed out that the GECOM Chair, as a legal mind herself, would know immediately that Lowenfield has exceeded his remit and has relied on unsubstantiated “allegations”.

ANUG noted that any reference to information from third parties, such as Immigration Chief and Registry records, would be impermissible, as it is not only external to GECOM, untested by cross examination, and unverified by anyone; but can only be raised in an Election Petition, and not be referenced lawfully by the Elections Commission.

It went on to note that, at the level of the seven-member Commission, the three Government-nominated Commissioners would try to pretend that Lowenfield’s opinion carries some sort of weight, while the three Opposition-nominated members would disagree.

“…their votes will cancel out each other, and the decision will rest solely with Claudette Singh. The correct and lawful course of action is clear – only one party has won the elections, and the recount has unambiguously identified that party. The country waits,” ANUG has declared.