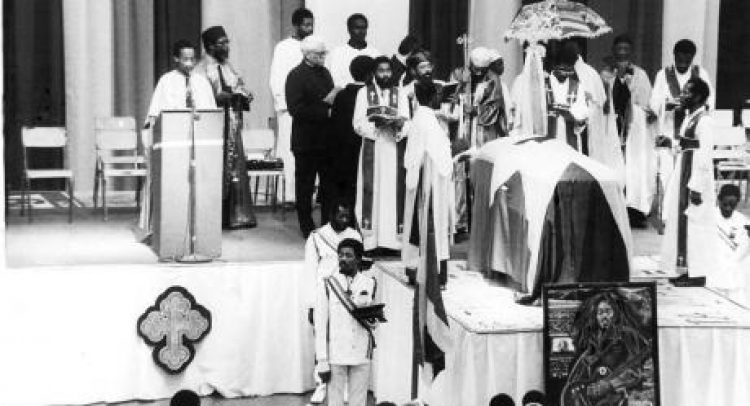 Today marks the 39th anniversary of the King of Reggae, Bob Marley’s funeral. The 36-year-old Marley died of cancer at the Cedars of Lebanon Hospital in Miami, Florida, on May 11 that year while on his way home to receive the honour of the Order of Merit, which had been conferred on him by the Government less than a month earlier.

The reggae legend was given a service at the Ethiopian Orthodox Church of the Holy Trinity on Maxfield Avenue, St Andrew, followed by a state funeral at the National Arena, where a day earlier, his body had laid in state to accommodate an estimated 100,000 mourners. On the day of his funeral, many more lined the streets along the route to his final resting place.

He was buried in Nine Mile, St Ann, the place of his birth.

Photo: A close-up view of the coffin bearing the body of Bob Marley at the funeral in the National Arena. A painting of the late reggae superstar is in front of the platform. (Jamaica Gleaner File Photo)