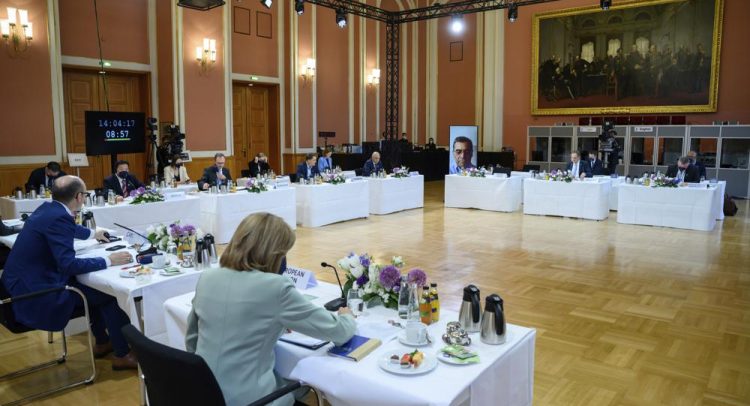 Germany’s health minister, who hosted a two-day meeting of his G-7 counterparts in Berlin this week, said an existing World Health Organization office in Berlin would be used to gather and analyze data more quickly.

Health Minister Karl Lauterbach said the G-7 also wants to increase compulsory contributions to WHO by 50% in the long term to ensure the U.N. agency can perform fulfill its global leadership role.

The ministers who met in the Germany capital separately agreed to provide more support for developing new antibiotics that could be used to treat people infected with resistant strains of bacteria, which kill millions of patients each year.

Lauterbach said the G-7 also agreed to better protect the global population from the health impacts of global warming, including by making adaptation to climate change part of medical training.

German Health Minister Karl Lauterbach, rear center, speaks as he opens a working session of a health ministers of the G7 countries in the Red City Hall in Berlin, Germany, Thursday, May 19, 2022. On the screen is Xavier Becerra, Health Minister of the USA, who cannot attend in person due to a corona infection. Photo: (Bernd von Jutrczenka/dpa via AP)