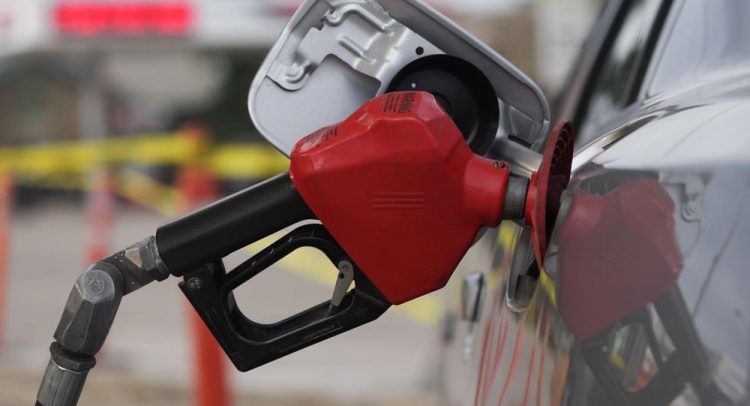 Gasoline prices dipped to just under the $4 mark for the first time in more than five months — good news for consumers who are struggling with high prices for many other essentials.

AAA said the national average for a gallon of regular was $3.99 on Thursday.

The shopping app GasBuddy reported that the national average was already down to $3.98 on Wednesday.

Falling prices for gas, airline tickets and clothes are giving consumers a bit of relief, although inflation is still close to a four-decade high.

Oil prices began rising in mid-2020 as economies recovered from the initial shock of the pandemic. They rose again when the U.S. and allies announced sanctions against Russian oil over Russia’s war against Ukraine.

Recently, however, oil prices have dropped on concern about slowing economic growth around the world. U.S. benchmark crude oil has recently dipped close to $90 a barrel from over $120 a barrel in June.

High prices also may be causing U.S. motorists to drive less. Gasoline demand in early August was down 3.3% from the same week last year after tracking more closely to 2021 numbers earlier in the summer.

Prices at the pump are likely to be a major issue heading into the mid-term elections in November.

Republicans blame President Joe Biden for the high gasoline prices, seizing on his decisions to cancel a permit for a major pipeline and suspend new oil and gas leases on federal lands.

Biden said over the weekend that a family with two cars is saving $100 a month because prices have dropped from their peak in mid-June.

“That’s breathing room,” he tweeted. “And we’re not letting up any time soon.”

Biden has also sparred with oil companies, accusing them of not producing as much oil and gasoline as they could while posting huge profits. “Exxon made more money than God this year,” he said in June.

Exxon said it has increased oil production. The CEO of Chevron said Biden was trying to vilify his industry.

The nationwide average for gas hasn’t been under $4 since early March. Prices topped out at $5.02 a gallon on June 14, according to AAA. They declined slowly the rest of June, then began dropping more rapidly.

A year ago, the nationwide average price was around $3.20 a gallon.

FILE – A motorist fills up the tank on a sedan, on July 22, 2022, in Saratoga, Wyo. Gasoline prices are sliding back toward the $4 mark for the first time in more than five months — good news for consumers who are struggling with high prices for many other essentials. (AP Photo/David Zalubowski, File)