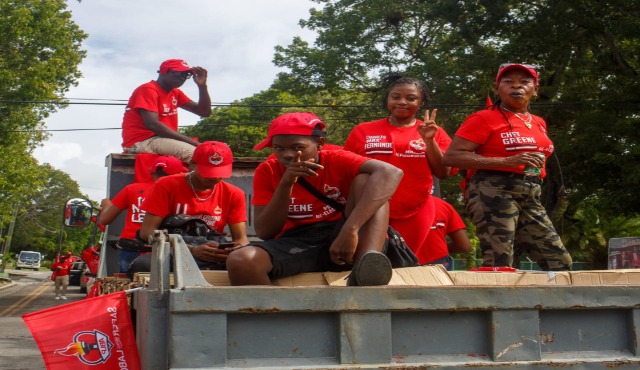 Gaston Browne & ABLP back in control of Antigua-Barbuda

Thursday, 19th January, 2023, (MyVue News. com)-It was always billed as a race that was too close to call and that is exactly how Antigua & Barbuda’s General Election played out on Wednesday, 18th January, 2023.

It was not until the early hours of the following day, Thursday, that it became clear who would emerge as the winners of the poll that attracted over 50 candidates from 4 Parties and 3 independents.

In the end, it was the Gaston Browne-led Antigua & Barbuda Labour Party, the incumbents, who were returned to power, but with a much-reduced margin. They fell from 15, gained in 2018, to 9, giving them a dangerous one-seat majority.

The ABLP secured 9 of the 17 seats at stake to serve another five-year term. The main opposition group, the United Progressive Party, UPP, won six seats, while former ABLP candidate and minister, Asot Michael, running as an independent, won his seat. He was the only independent to be successful.

The remaining seat was achieved by Trevor Walker of the Barbuda People’s Movement, (BPM).

The big loss of the night was experienced by Harold Lovell, the leader of the UPP. He lost his bid to return to parliament and to become Prime Minister, by just six votes.

Though the UPP suffered its third consecutive national defeat, the Party’s overall performance was significantly better than in previous cycles. They also increased their seat count from one to six constituencies.

The fourth Party, the Democratic National Alliance, performed badly and was kept far from any chances of success in any constituency.

The new government is expected to be sworn in shortly, but Prime Minister-designate, Gaston Browne could be sworn in before the end of the week.

Alec Baldwin to be charged with manslaughter in shooting