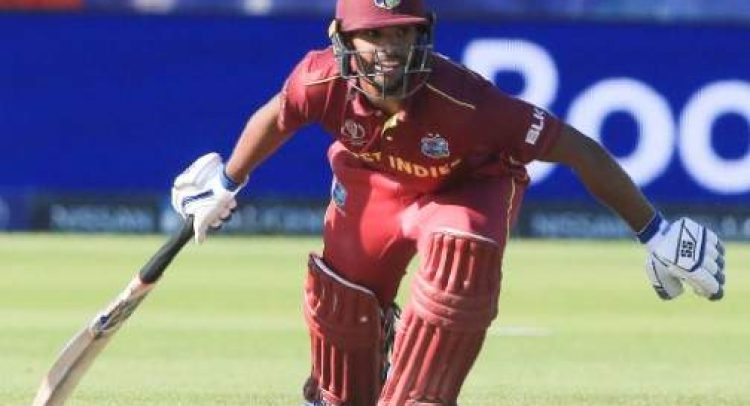 Jamaica’s former West Indies cricket Captain Chris Gayle believes Nicholas Pooran of Trinidad and Tobago could be his heir apparent as he possesses all the qualities to take the regional team forward.

The 41-year-old Gayle has been a premier batsman for the West Indies, but is now close to the end of a wonderful career.

He sees Pooran, 25, as someone who has been making a name for himself, especially in the shorter versions of the game coming through the West Indies youth ranks to be one of the top T20 players in the region.

“He is a bright prospect, [has] a bright future ahead of him,” said Gayle, when quizzed if Pooran could be his heir apparent.

“He is doing so well. A beautiful striker of the ball, a super-talented guy and a wicketkeeper and he is good in the outfield as well,” Gayle added.

“His batting is actually improving and he is getting better and better. I think he is actually getting to know his game and learn his game in how to build an innings, which is very important.”

During the Under-19 World Cup in 2014, Pooran was vice-captain and wicketkeeper and he banged 303 runs to be the leading run-getter for the Windies and was ranked fourth in the tournament.

This aggregate included half-centuries against Canada and India and a superb innings of 143 runs out of the team total of 208 all out against Australia.

It was the highest score of the tournament and was described as “one of the most memorable innings under pressure in the tournament’s history. Pooran’s innings was the highest-ever Under-19 One-Day International score against Australia, and his 136-run, ninth-wicket partnership with Barbadian Jerome Jones was a record for all Under-19 matches.

He made his T20 debut against Pakistan in 2016, got his first 50 against India with an unbeaten 53 from 25 balls and in 2017, he was bought by the Mumbai Indians team for the popular Indian Premier League.

“Once he can master those things as quickly as possible, he is going to be even more dangerous,” promised Gayle.

“Once he knows his game and takes down whichever bowler he wants to take down at any particular time, the future is bright for Nicholas Pooran,” he added.

Holder 'lost' as a captain but a good player, says Sir Andy

New Court Annex To Help In Speedy Administration Of Justice In St. Kitts And Nevis