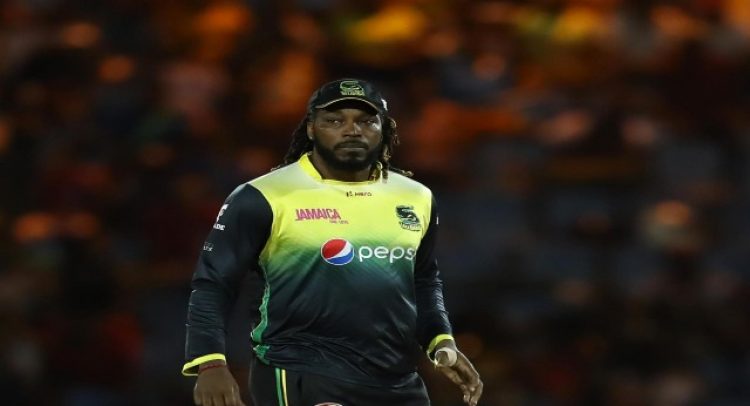 The bombshell came in an email message, the contents of which were shared with the public on Tuesday, 23rd June, just hours before the final picks were to be made in the draft system.

The departure of Gayle was confirmed by the St. Lucia Zouks, which was the franchise he was scheduled to represent, after a controversial fallout with the Jamaica Tallawahs.

Gayle is reported to have indicated that he would not be available for the competition because of “personal reasons”.

Those reasons, according to media reports, are connected to the separation of his family, where it is said that his daughter and girlfriend have been stuck in St. Kitts, while he remained in Jamaica, due to the closure of borders, brought about by the Coranavirus.

The St. Lucian franchise reacted by saying the “Zouks will surely miss your presence.”

Gayle is believed to have made known his decision to the Zouks on Monday, 22nd June, 2020.

It is not known if this will signal the end of his long-term participation in the CPL.

During the early years of the CPL, Gayle represented the Tallawahs before he was scooped up by the St. Kitts & Nevis Patriots, where he stayed for two seasons, before heading back in 2019 to the Jamaican franchise.

But earlier this year, the cricketing world was stunned when a video started to make the rounds with Gayle berating officials and others associated with the Tallawahs, over what he described as a betrayal for not being considered for selection for the 2020 campaign.

What angered him, he said, was not so much his non inclusion, but the manner in which the whole matter was handled and the secrecy surrounding the affair.

It was later confirmed that he would be playing for the St. Lucian Zouks, which welcomed the prolific scorer, hoping that he would lift their fortunes, after the many disappointments they have experienced since the league started in 2014.

Gayle had managed to improve the performance of the Patriots, taking them to the finals in his first year as captain, in 2017.

Now, with his withdrawal, Zouks would have to refocus and arrive at new strategies for the upcoming season, scheduled to run from 18th August to 10th September.

Unlike previous years when games were played in all six countries that have franchises, this year, because of COVID-19, the league is expected to be staged only in Trinidad.