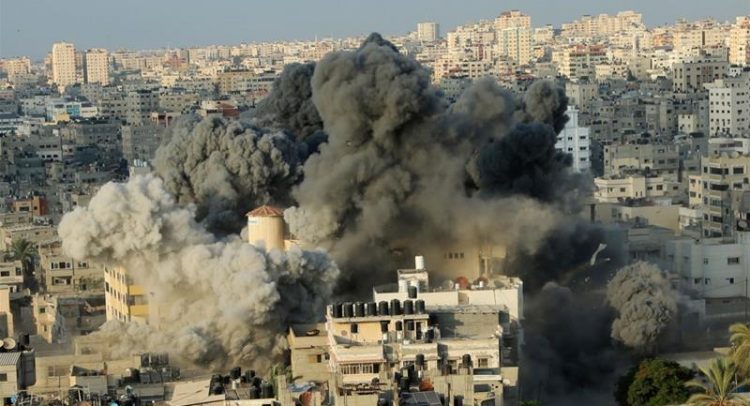 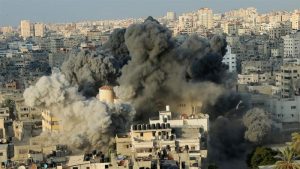 Palestinians in Gaza are expected to protest in large numbers on Friday following deadly Israeli air attacks and artillery shelling on the besieged strip. On Wednesday, Israel killed three people in Gaza, including a 23-year-old woman who was almost nine months pregnant and her 18-month-old daughter.

Israel launched more than 140 attacks after about 150 rockets were fired from the coastal enclave. A statement by Hamas’ military force said it was responsible for the rockets. It said the Palestinian “resistance” had fired a large number of projectiles at “enemy positions in the Gaza envelope”.

Friday’s protests, which are expected to begin at around 14:00 GMT, come a day after Hamas and Israel reached an Egypt-brokered deal to end the flare-up in violence.

Nickolay Mladenov, the UN’s special coordinator for the Middle East peace process, said on Wednesday he was “deeply alarmed by the recent escalation of violence between Gaza and Israel, and particularly by … mutiple rockets fired towards communities in southern Israel”. Wednesday’s exchange came just a day after two Hamas members were killed by Israeli fire.

The attacks come as the UN and Egypt try to secure a deal between Israel and Hamas for a lasting truce.

Israeli forces have launched three military assaults on the Gaza Strip since 2008. Protests take place every Friday on the border with Israel, with Palestinians calling for their right to return to the homes and land their families were expelled from 70 years ago.

Since March 30, hundreds and sometimes thousands of Palestinians have gathered. More than 150 people have been killed by Israeli gunfire since then, and at least 16,000 have been wounded according to Palestinian health officials. One Israeli soldier has been shot dead, by a Palestinian sniper.

For many in Gaza, the situation has become so dire that they protest despite the risk of facing live fire by Israeli soldiers.

Originally, the protests were to take place until May 15, known as Nakba Day, marking the expulsion of hundreds of thousands of Palestinians during the creation of Israel.

However, with no alternatives, many Palestinians have continued to protest on a weekly basis after Nakba Day.