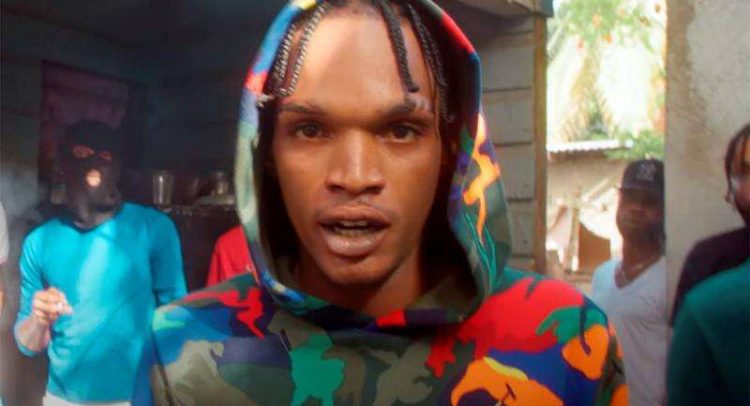 Baker made the announcement via social media last week.

“I probably need to listen to my kids, more than anything, when it comes to what’s hot and what’s interesting in music today,” said Baker in a Facebook post.

“I am delighted to say that we made our first signing with Jamaican artiste Skeng and his producers John Coop and Shacko of DiTruth Records. I have to credit my 15-year-old son, Che Baker, who brought this project to my attention,” he continued.

The details of the deal were not made public, however, Baker said the move was in keeping with his thrust for 2022 which is to restart developing music projects and releasing projects under the Gee Street and Geejam labels.

“Between Skeng’s vocal delivery and his honest representation of life in the inner city, it was important that we became involved in this project with a group of young artistes and producers. It reminds me of when I signed early hip hop artistes and promoted clubs in the late 80s and early 90s, and the raw and honest approach to their life experiences and self-expression,” said Baker in the post.

According to British-born Baker a camp is currently on at Geejam Studios, led by producers Troy Baker, Dale Virgo and ITOSH who joined the team with artistes Leon Grey and Damien Soul.

“We currently have three separate set-ups with writing and recording happenings, simultaneously. Next year we will be hosting regular camps at Geejam and inviting talented Jamaican artistes, producers and writers down to join and create with us in these unique camp experiences,” Baker promised.

“Any artiste who has a record of promoting vulgar and lawless behavior, including the firing of gunshots in public places, will not be granted permission to appear on a public stage [though] they could still make private club appearances and behave as badly as they want,” he continued.

Benn’s pronouncements stem from May’s shooting incident at a concert dubbed Baderation held at the National Park, Georgetown. Skeng was the headliner.

According to reports, the 21-year-old Jamaican deejay was approximately 15 minutes into his set when an unidentified patron discharged his firearm in a gun salute as he performed Protocol. Members of the crowd began scrambling for cover.

Skeng and his management team have, however, distanced themselves from the incident.

Skeng has been at the center of controversy recently after being charged with disorderly conduct and resisting arrest at Norman Manley International Airport in Kingston while trying to board a plane to Trinidad and Tobago. He is being represented by Christopher Townsend and will face the Kingston and St Andrew Parish Court on September 8.

In addition to Protocol, Skeng’s other songs include Heaven Passport (with Intence), Gunman Shift, London, and Street Cred.