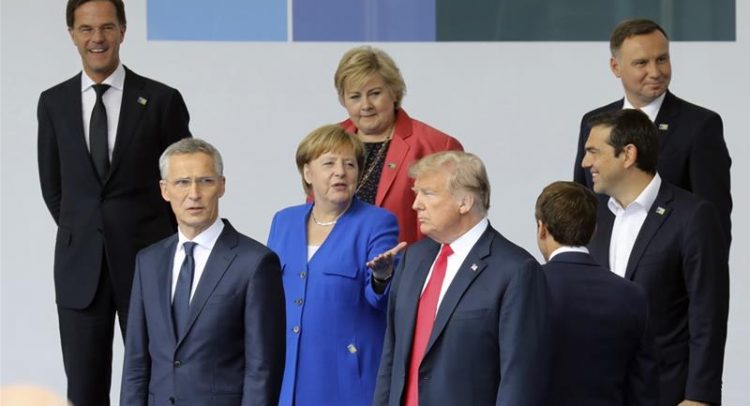 German FM: Europe can no longer fully rely on the US Europe can no longer “completely rely” on Donald Trump after the US president referred to the European Union (EU) as a “foe” with regard to trade, Germany’s foreign minister said on Monday.

“We can no longer completely rely on the White House,” Heiko Maas told the Funke newspaper group.

“To maintain our partnership with the USA we must readjust it. The first clear consequence can only be that we need to align ourselves even more closely in Europe.”

Maas said Europe “must not let itself be divided”, however “sharp the verbal attacks and absurd the tweets may be”.

Maas’ comments come a day after Trump said in a CBS interview that the EU was a “foe”.

“Well, I think we have a lot of foes … Now you wouldn’t think of the European Union, but they’re a foe,” he said in an interview with the Face the Nation that aired on Sunday.

He added that the EU has “really taken advantage of us on trade” though this “does not mean that they are bad”.

The US president also called Russia and China foes, but said such a label does “not mean they are bad”.

“It doesn’t mean anything,” he said. “It means that they are competitive.”

Germany’s European affairs minister, Michael Roth, appealed for unity on Monday as he accused Trump of “provoking” a response Europe.

“He is trying to bring about a split in the EU. He is describing us as enemies. We do not see it like that at all,” Roth said, speaking of the “deep and close partnership”.

He said the EU should not be unsettled by Trump’s “in part very aggressive, untruthful and not particularly constructive” comments, noting that “indignation alone will not help us”.

“The only thing that helps is clear language, and a clear united position,” the minister added.