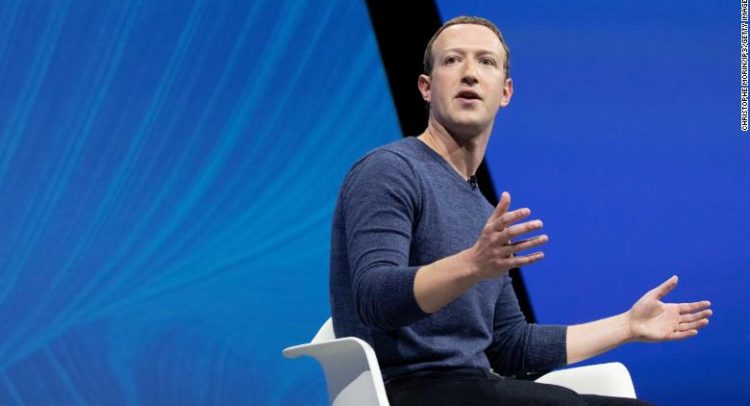 London (CNN Business)Facebook has been fined more than $2 million in Germany for inaccurately reporting the amount of illegal content on its platform.

German authorities said Tuesday that Facebook had provided “incomplete” information in mandatory transparency reports about illegal content, such as hate speech.
The Network Enforcement Act, which took effect last year in Germany, requires social media platforms to publish reports every six months detailing the number of complaints of illegal content they have received.

Companies are also required to remove hate speech and fake news within 24 hours of it being flagged, or face penalties of up to roughly $60 million.
The German Federal Office of Justice said in a statement Tuesday that a 2018 transparency report from Facebook was “inadequate,” and it issued a fine of €2 million ($2.3 million).

“The report lists only a fraction of complaints about illegal content,” the regulator said, suggesting that Facebook had made it difficult for its users to find the form used to flag illegal content.
“This then created a distorted public image about the size of the illegal content and the way the social network deals with the complaints,” it added.
Facebook (FB) said in a statement that it was confident its report was in accordance with the law.
“Many critics have pointed out there are a number of areas where this law lacks clarity,” a Facebook spokesperson said. “We will analyze the fine notice carefully and reserve the right to appeal.”

Germany has tougher hate speech laws than many other countries. Hate speech, Holocaust denial and the display of certain symbols, such as the swastika, are illegal and punishable by prison.
Facebook has been trying to clean up its image after a series of scandals sparked questions over whether the company should be broken up.
CEO Mark Zuckerberg argued last month that doing so would make it harder to address social issues such as election integrity and the spread of harmful content.