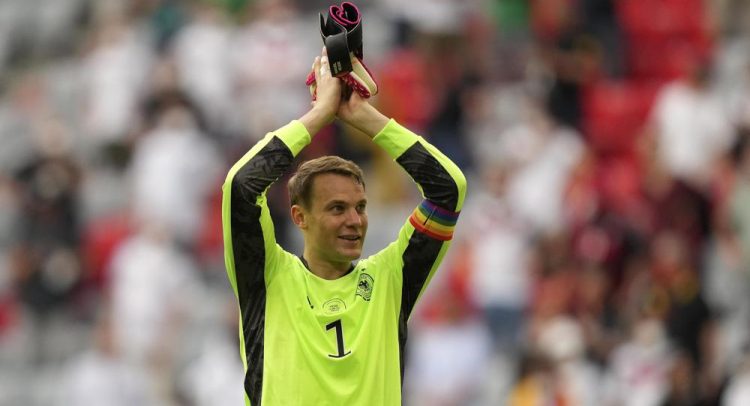 MUNICH (AP) — Both Germany and Hungary are trying avoid early elimination from the European Championship.

The Hungarians need to win when the teams meet on Wednesday, the Germans don’t.

The match will take place following a request to light the stadium in rainbow colors to protest what the Munich city council said was the “homophobic and transphobic legislation of the Hungarian government.”

UEFA turned down the council’s application. It previously gave the go-ahead for Germany goalkeeper Manuel Neuer to continue wearing a captain’s armband with the rainbow colors “considering that it was promoting a good cause, i.e. diversity.”

It will be the first competitive match between Germany and Hungary since the “Miracle of Bern” in the 1954 World Cup final, when the West German team came from behind to defeat a Hungarian side considered to be the best in the world 3-2.

Hungary coach Marco Rossi’s current team can’t be compared to the “Mighty Magyars” of yesteryear, but it can still reach the round of 16 after defender Attila Fiola scored in a 1-1 draw with World Cup champion France.

Hungary lost to Portugal 3-0 in its opening game. Germany bounced back from its opening loss to France with a 4-2 win over Portugal.

France leads Group F with four points ahead of its final group game against Portugal. Both Portugal and Germany have three points, and Hungary has one.

“We have by far the most difficult group and of course Hungary is part of that,” Germany midfielder Leon Goretzka said. “If you look at the two games, they produced a remarkable performance against Portugal. They defended very, very well for a really long time, playing with a lot of passion, as it has to be.”

Goretzka is likely to make his first start amid injury worries for Germany coach Joachim Löw. Influential forward Thomas Müller is doubtful with a knee injury sustained in the win over Portugal and defender Mats Hummels had a tendon problem in his knee. Both were recalled to the squad specifically for the tournament because of their experience and they’ve had a major impact.

Other players with minor injuries — İlkay Gündoğan, Toni Kroos and Robin Gosens — took part in Tuesday’s final training session, when Müller and right back Lukas Klostermann were the only players missing.

Whoever Löw opts for will have to contend with a well-drilled defense.

“We will watch how they defended in the first two games and find solutions,” Goretzka said. “Our clear goal is to win the game. Then we don’t need to start looking at anything like other group games or I don’t know what. We just want to win our game and continue this positive trend that we started against Portugal.”

Hungary will have to do without a full stadium of support for the first time. Both its previous games took place in Budapest, the only venue at the tournament to allow full capacity.

“That we’re playing away is an extra motivation,” Hungary midfielder Ádám Nagy told broadcaster M4 Sport. “It’s obviously great to play at home, but it also provides a great feeling and a boost when you walk out onto the pitch away from home, and the fans whistle us.”

Hungary captain Ádám Szalai, who went off after receiving a blow to his head against France, has been cleared to play.