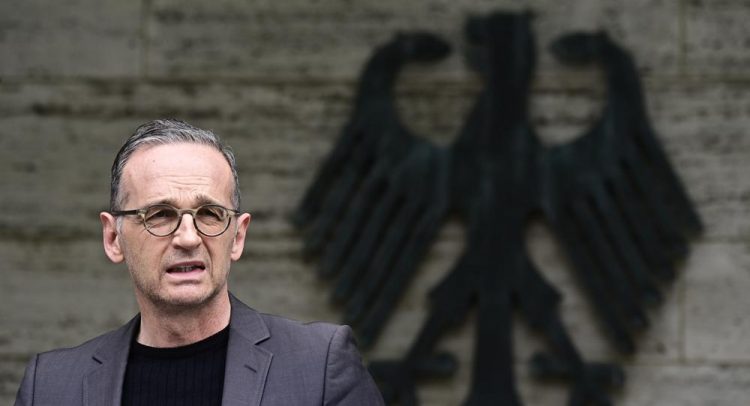 BERLIN (AP) — Germany is officially recognizing the colonial-era massacre of tens of thousands of people in Namibia as genocide and has agreed to provide funding to help the communities affected. But it is stopping short of formal reparations, which some have demanded.

The move announced Friday is the result of more than five years of talks about killings between 1904 and 1908, when Germany was the southern African country’s colonial ruler. As part of it, Germany will provide 1.1 billion euros ($1.3 billion) for projects that are expected to stretch over 30 years. But some groups protested Friday in the Namibian capital amid complaints the accord did not go far enough.

Historians say German Gen. Lothar von Trotha, who was sent to what was then German South West Africa to put down an uprising by the Herero people, instructed his troops to wipe out the entire tribe. They say that the majority of Herero, about 65,000, were killed as were at least 10,000 Nama.

“In the light of Germany’s historical and moral responsibility, we will ask Namibia and the descendants of the victims for forgiveness,” German Foreign Minister Heiko Maas said in a statement, adding that the government was committed to naming “unsparingly and without euphemisms” the atrocities committed.

“We will now officially call these events what they were from today’s perspective: a genocide,” he said.

Germany says that representatives of the Herero and Nama were involved in the negotiations, though Berlin’s direct dealings have been with the Namibian government.

Germany gained control of the desert country in the 1880s and surrendered the territory to South Africa in 1915. Namibia gained independence in 1990.

Talks between the two countries opened in 2015, more than a decade after a 2004 visit to Namibia in which then-Development Minister Heidemarie Wieczorek-Zeul offered Germany’s first apology for the killings. At the time, she, too, acknowledged they constituted a genocide.

Maas said that, “as a gesture of recognition of the incalculable suffering,” Germany plans to support Namibia and the descendants of the victims with the 1.1 billion-euro “rebuilding and development” program. He said communities affected by the genocide would play a role in deciding how those funds would be used.

At the same time, he said that “legal claims to compensation cannot be derived from this.”

That reflects Germany’s position that the Genocide Convention of 1948 — created in response to the Holocaust committed by Nazi Germany — cannot be applied retroactively, and that its liability is political and moral rather than legal.

The projects Germany agreed to fund will cover areas such as land reform, including land purchases, rural infrastructure, water supply and vocational training. They will be separate from continuing development aid to Namibia.

The two countries’ foreign ministers are expected to sign the agreement, but there was no immediate announcement of when that will happen.

“We are thankful that these long-running negotiations on how to deal with this dark chapter of our joint history could be brought to a good conclusion for both sides,” Chancellor Angela Merkel’s spokesman, Steffen Seibert, told reporters in Berlin.

In 2018, Germany returned more than a dozen skulls and other human remains taken from Namibia by colonial forces over a century earlier for pseudo-scientific racial experiments. They had been stored in German hospitals, museums and universities for decades.

German Foreign Minister Heiko Maas addresses the media during a statement at the Foreign Ministry in Berlin, Germany, Friday, May 28, 2021. Germany has reached an agreement with Namibia that will see it officially recognize as genocide the colonial-era killings of tens of thousands of people and commit to spending a total of 1.1 billion euros ($1.3 billion), largely on development projects. (Tobias Schwarz/Pool Photo via AP)

Travellers required to submit official proof of full vaccination when travelling to St. Kitts and Nevis