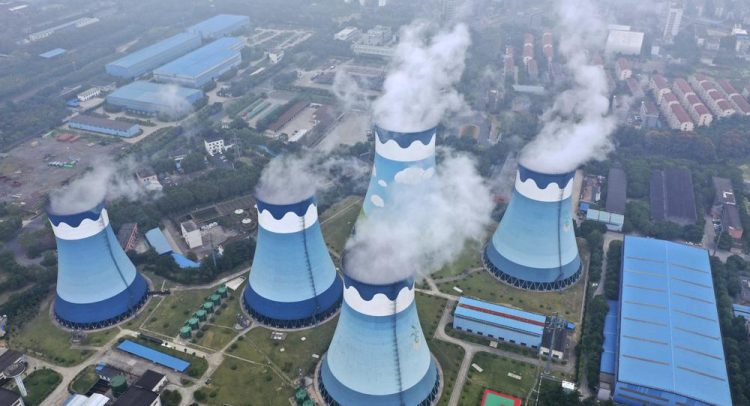 Germany slips behind China as top importer of Russian energy

BERLIN (AP) — China has overtaken Germany as the biggest buyer of Russian energy exports since the start of the war in Ukraine, an independent research group said Monday.

The Centre for Research on Energy and Clean Air said Russia received about 93 billion euros ($97 billion) in revenue for the sale of oil, natural gas and coal since Feb. 24, when it invaded Ukraine.

About 61% of the fossil fuels worth some 57 billion euros was exported to the European Union during the conflict’s first 100 days, the Helsinki-based group said.

Germany, which was the biggest importer of Russian fossil fuels during the first two months of the war, slipped to second place behind China, which has purchased some 12.6 billion euros worth of energy from Moscow.

The shift reflects the growing importance of China and other non-European economies for Russian energy exports, which provide about 40% of the country’s federal budget, the group said.

Figures published by the organization show that Germany remains heavily dependent on Russian energy, particularly natural gas. Imports in May were down 8% compared with the previous two months, coinciding with warmer weather.

As a whole, the European Union cut its energy imports from Russia by more than 100 million euros per day in May, led by Poland, which was previously a big buyer of Russian oil and gas, the Centre for Research on Energy and Clean Air calculated.

By contrast, France, Belgium and the Netherlands snapped up more natural gas and oil on the short-term markets in May, the group said.

It noted that because Russia is exporting more oil by ship to countries where it doesn’t have pipelines, tankers are in high demand. Four-fifths of those tankers are owned by European or American companies, it said.

FILE – In this Sept. 27, 2021 file photo, steam billows out of the cooling towers at a coal-fired power station in Nanjing in east China’s Jiangsu province. An independent research group says China has overtaken Germany as the biggest buyer of Russian energy exports since the start of the war in Ukraine. The Centre for Research on Energy and Clean Air said Monday, June 13, 2022 that Russia received about 93 billion euros in revenue from the sale of oil, natural gas and coal since the Feb. 24 invasion. (Chinatopix via AP, File)