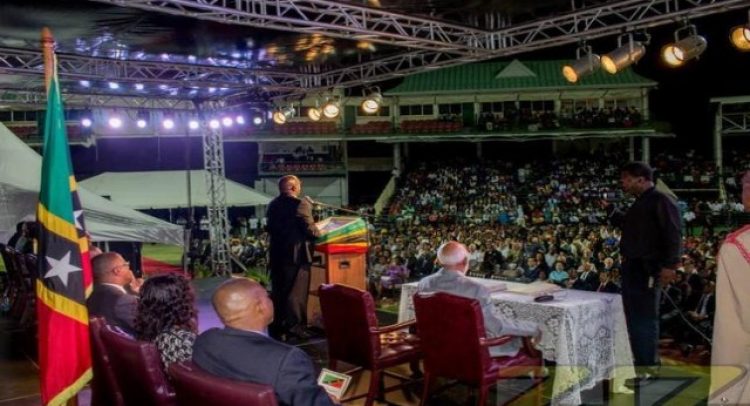 Getting ready for swearing-in of new Cabinet

Basseterre, Friday,12th June,2020, (MyVueNews.com) – The election of Friday, 5th June, 2020 is now one for the history books, but the dust has not settled on the political landscape of St. Kitts and Nevis.

Much of the focus has shifted to the swearing-in of the next Cabinet of Ministers, while others are debating the future of some candidates, some who won, and others who lost.

Whatever the outcome of the appointment of the new Executive Team, one thing that is certain, is that many roles will be shifted as room is made for the added number of Ministers to be included, after the increased majority of the ruling coalition team, following last week’s poll.

And with PAM’s Ian Liburd not included in the line up, all of the portfolios he once commanded, would have to be reassigned. These include Public Infrastructure, Posts, Urban Development and Transport.

However, Liburd has made known his intention to seek redress from the court, after arguing that due to certain electoral irregularities, his opponent was declared winner of the East Basseterre seat (and by a slim margin of 24) similar to how the story unfolded five years ago when Liburd was the victor by 4 votes.

Geoffrey Hanley, who ran on the Labour Party’s ticket, seems undeterred by the legal challenges promised by Liburd, as he continues to transition from candidate, to Member of Parliament.

Some of the projects started by Liburd while in office, would now have to be completed by a new minister.

These include the Old Road Bay rehabilitation, West-line Bus Terminal, the Island’s Main Road resurfacing, and even the second cruise pier, where some claim, work is still needed, though the facility has been in use.

The Ministries of Education, Youth Sport and Culture, are others under the spotlight, given that Deputy Prime Minister, Shawn Richards, who last held those positions, had sounded his intention, before the election, not to return at the helm of those portfolios.

Now that Jonel Powell, Eric Evelyn, Alexis Jeffers and Akilah Byron have been added to the cast of Ministers, space would have to be created to facilitate their appointments.

This would require the re-shuffling of ministries, previously held by others in the 2015-2020 Cabinet.

The outcome of these appointments will however only be known when the official ceremony is organized to have the Cabinet sworn-in.

Political watchers are also keeping their zooms focused on the appointment of senators and a new Deputy Speaker of the National Assembly. Akilah Byron-Nisbett, up to one month ago, held the Deputy Speaker’s post and also held the title of Senator.

She is now to be appointed a full minister after her surprised victory over Konris Maynard of the St. Kitts-Nevis Labour Party.

The government has now officially made an announcement regarding the ceremony, removing the the speculations that were rife.

They confirmed in a late afternoon statement, that it will be this Sunday, 14th June, at Warner Park.

This is confirmed by the construction activities now visible at the cricket stadium, with the placement of a stage, lighting and sound equipment.

Since the 1980s, it has become the custom to host an elaborate event that more resembles an inauguration, than a swearing-in, given the pomp and ceremony that have become known.

One position though that has already been confirmed is that of Prime Minister. It was on Sunday, 7th June, 2020, when Dr. Timothy Harris was sworn-in at Government House, by Resident Judge, Trevor Ward, in the presence of Governor General, Sir Tapley Seaton.

File photo: Swearing in at Warner Park in 2015

US to reduce troops in Iraq 'over coming months'