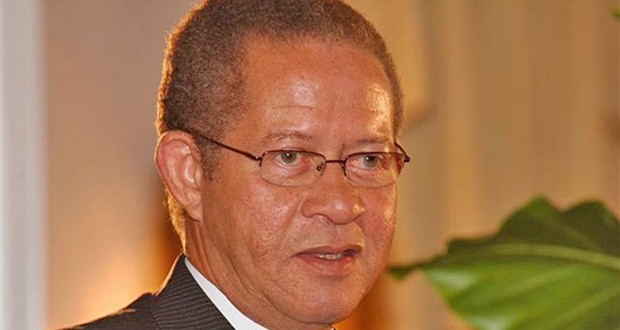 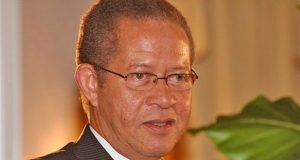 Caribbean Community (Caricom) states are being urged to loosen their chokehold on the concept of sovereignty and move now to fully embrace all tenets of the Treaty of Chaguaramas, specifically the Caribbean Single, Market and Economy (CSME).

Golding was giving an overview of the report at a vice chancellor’s forum held last Friday at The University of the West Indies (UWI) regional headquarters at Mona in St Andrew to critique the findings of the report which was tabled in the House of Representatives on February 6 and was being publicly discussed by stakeholders for the first time.

According to Golding, it is not just the economic imperatives of Caricom that have suffered, but there have been some serious cultural and political issues. He stressed that at the root of the 15-member regional bloc’s problem is insularity, a parochial mindset, mistrust and jealousy, “all neatly wrapped up in some inward-looking concept of sovereignty”.

He said Caricom states remain on the defensive about their individual independence because it is felt that it is a betrayal of country to fully embrace integration.

Golding pointed out though that, on the other hand, member countries willingly observe binding international rules and resolutions such as those of the World Trade Organization and the United Nations, as there is a fear of the sanctions that could be incurred from breach of those treaties, while Caricom — though a rules-based organisation — references only one limited sanction, which has never been applied.

Citing examples of Caricom not respecting its own rules, he pointed to what he said was the “misbehaviour” of the Council for Finance and Planning (COFAP), which has not met since 2013 although the requirement under the treaty is to meet every two years.

He stressed that COFAP is principally responsible for macroeconomic convergence, which is critical to a seamless single market and economy, and that this type of regional coordination across the board would impose peer pressure that would restrain member states from “going off the rails” in the management of their economies.

He also told the forum that even Caricom heads of government have not had a stellar record, as in the 43 years of the regional bloc, only six of the 73 regular inter-sessional and regular meetings of heads were fully attended, the last occasion being in 2003. He said this is contrasted with the G8 Summit, where in its 42-year history, no head of government has been absent.

Golding also said it was clear that Caricom countries are reluctant to embrace the challenges of the CSME. “All of them are not willing to say so publicly, but there is a feeling that it is too high a price to pay. There is a feeling that the risks outweigh its promise of benefits, and none will say let’s abandon it. What they will say is, somewhere in the future, maybe, we will get to that stage. What we have had is a constant cherry-picking of those elements of the Treaty of Chaguaramas and the CSME requirements that we feel we can work with because (it) offers immediate benefits, but finding some clever ways to avoid all the others,” he argued.

He posited also that there is some deficit in the impact of the leadership of Caricom, with a gap having been left after the departure of heads such as Eric Williams, Michael Manley, Errol Barrow and more recently PJ Patterson. “However, in fairness to the current generation of Caricom leaders, what they are asked to sell and inspire and lead requires some work.”

The 144-page report bears 33 extensive recommendations, some of which are deemed controversial.

Prime Minister Holness has stressed that the review was not intended to seek to exit Caricom or various regional arrangements, such as the CSME, but to undertake a full review of the structure, procedures and practices that have not worked effectively in the national and regional interest.

“The recommendations and principles of results-based management and greater public scrutiny are carefully noted. In order to increase effectiveness, a definitive commitment by all member states to a specific, time-bound, measurable and verifiable programme of action, to fulfil all their obligations and complete all requirements for the Caribbean single market to be fully established and operational within the next five years, must be in place,” Holness said.

He added that this can be aligned and accelerated where appropriate, in accordance with the shorter timelines in the current implementation plan, and otherwise adjusted.

“Failure to do so would, at that time, put into question the viability of Jamaica’s continued participation in what would then have to be recognised as an ineffective Caribbean single market process, lacking the true commitment of member states. In such circumstances, one would then have to consider how best Jamaica would be situated in the Caricom model,” Holness said.

Among the speakers at the forum were UWI Vice Chancellor Professor Sir Hilary Beckles, member of the commission Dr Damien King, former Caricom Assistant Secretary General Ambassador Byron Blake, and chairman of the board of the University Hospital of the West Indies James Moss-Solomon.