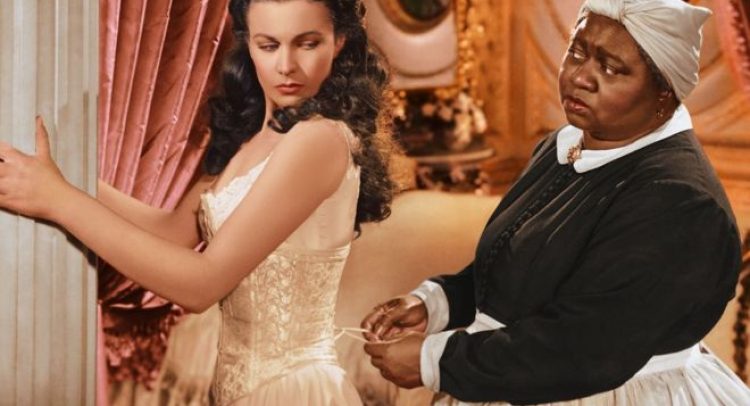 Gone with the Wind removed from HBO Max

Gone with the Wind has been taken off HBO Max following calls for it to be removed from the US streaming service.

HBO Max said the 1939 film was “a product of its time” and depicted “ethnic and racial prejudices” that “were wrong then and are wrong today”.

It said the film would return to the platform at an unspecified date with a “discussion of its historical context”.

Set during and after the American Civil War, Gone with the Wind has long been attacked for its depiction of slavery.

Based on the novel by Margaret Mitchell, it features slave characters who seem contented with their lot and who remain loyal to their former owners after slavery’s abolition.

Gone with the Wind received 10 Oscars and remains the highest-grossing movie of all time when its takings are adjusted for inflation.

Hattie McDaniel became the first black actress to be nominated for, and win, an Academy Award for her role as domestic servant Mammy.

Writing in the Los Angeles Times this week, screenwriter John Ridley said the film “glorifies the antebellum south” and perpetuated “painful stereotypes of people of colour”.

“The movie had the very best talents in Hollywood at that time working together to sentimentalise a history that never was,” continued the Oscar-winning screenwriter of 12 Years A Slave.

In a statement, HBO Max said it would be “irresponsible” to keep the film on its platform without “an explanation and a denouncement” of its “racist depictions”.

It said the film itself would return “as it was originally created”, saying “to do otherwise would be the same as claiming these prejudices never existed”.

The wording of the statement is similar to advisories that accompany Tom and Jerry cartoons and other vintage animations on various streaming services.

Disney+ also advises its subscribers that some of its older films – among them 1941 animation Dumbo – “may contain outdated cultural depictions”.

HBO Max’s move comes amid mass protests against racism and police brutality that have prompted several television networks to reassess their offerings.

It follows the removal of Little Britain from Netflix, BritBox and BBC iPlayer. The show saw Matt Lucas and David Walliams play characters from different ethnic backgrounds, including Desiree DeVere – a woman played by Walliams in full blackface.

Photo: Vivien Leigh and Hattie McDaniel both won Oscars for their work in the film (Getty Images)

US dictionary Merriam-Webster to change its definition of racism