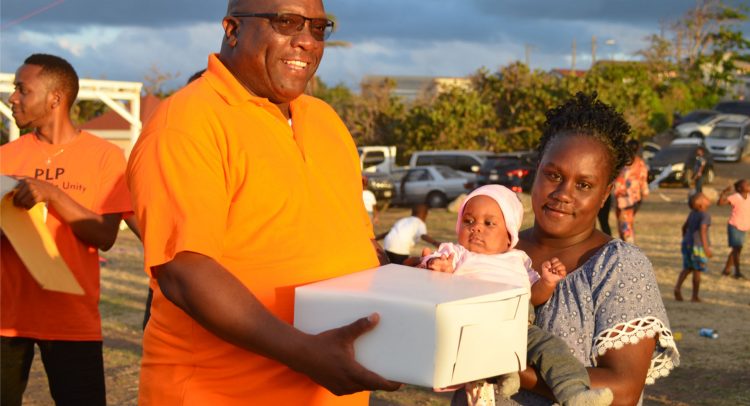 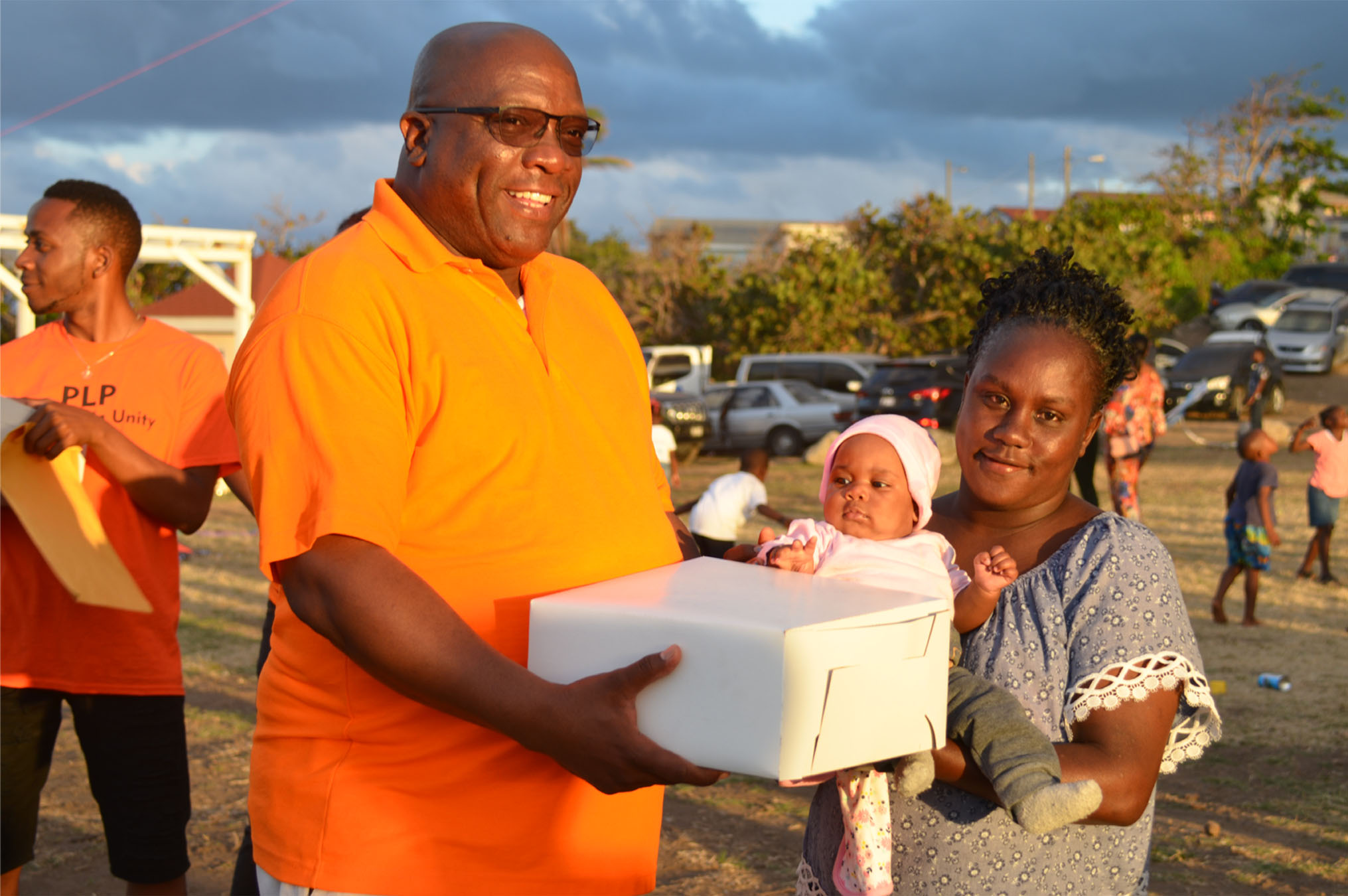 BASSETERRE, ST. KITTS, April 5, 2018 (PLP PR Media Inc.)* — Another action-packed day was witnessed at this year’s edition of the Peoples Labour Party (PLP)/Prime Minister Dr the Hon Timothy Harris Good Friday Flying Competition at Black Rocks when a record number of participants and revellers joined in the festivities that mark the annual event.

It was a day that saw a unique record being broken. The youngest kite flyer and setter of the new record was five-month old baby girl Rimona Liburd, and she had her name printed on the colourful kite. The largest kite was one flown by Mr Kennedy Steven of Nevis doing better than he did last year when he shared the award with another two kite flyers.

“Another successful Good Friday event at the historic #black Rocks Pasture,” said Prime Minister Harris in a Tweet. “Hundreds of people turned out to be part of it. A lovely family fun day.”

The event, which for many years was a Constituency Number Seven affair whose area parliamentary representative is Prime Minister Dr the Hon Timothy Harris, has since last year been taken over by Peoples Labour Party (PLP) National Executive as one of its national activities. Dr Harris is PLP’s National Political Leader.

A part from the traditional kite flying which saw kites come in all sizes, shapes and colours, dignitaries who joined the Prime Minister and revellers from all walks of life also enjoyed watching tug-of-war, sack races, lime and spoon races, dominos, cricket, bouncing castles, and masquerades.

Models wearing clothing provided by Caribelle Batik and SKN Fashion Plus
hit the catwalk for the first time.

“I liked the addition of modelling batik wear as part of the Good Friday family fun day,” stated Prime Minister Harris. “Inaugurated for the first time, this new addition was well received and we intend to make it a feature on our calendar of events going forward.”

“As the PLP grows, new persons begin to take part in activities and so we have new and fresh ideas,” observed Ms Williams. “That is what Petrona and Chippie brought to the Black Rocks event this year. Batik wear came from Caribelle Batik, and the business-wear came from SKN Fashion-Plus of Central Street in Basseterre.”

Entertainment was provided by the evergreen Dr HellFire Sounds, while Grand Masters provided music late into the evening as revellers stayed on to update themselves on the event and as they looked forward to take part next year.

According to a member of the PLP Constituency Number Seven Branch, and who acted as the event announcer, Ms Yvette Bass, kite flying winners were Antonio Williams for the Most Creative; Prettiest and Highest kite award went to Kellian Hazel; and the Largest Kite (20×11) award was taken by Kennedy Steven

Other awards were the Furthest Kite, Detroit Henry; Oldest Person flying a kite was Ericson ‘Wixie’ Wescott while the title for the Youngest Kite flyer award was shared between five-month old Rimona Liburd, and last year’s winner in this category Jarielle Rawlins.