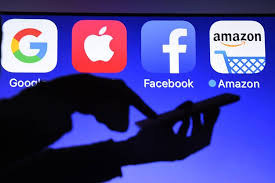 The city council in Mountain View, California, home to search behemoth Google, is moving forward with discussions on a potential head tax on its local businesses, a per-employee tax similar to the one passed by the Seattle City Council earlier this month.

During a meeting on Wednesday, a subcommittee agreed to put the measure up for a vote before the full council.

Google, which employs about 20,000 people in Mountain View, had not returned FOX Business’ request for comment at the time of publication.

Details regarding a head tax in Google’s hometown had not yet been decided on, but the levy is likely to cost the search giant somewhere between $250 to $300 per employee, per year, Mountain View’s mayor told The Wall Street Journal. The city is also considering a flat fee on all businesses under a certain size.

Meanwhile, Cupertino, California, where tech giant Apple is headquartered, is also weighing a tax on employees working in the city. A similar proposal did not receive approval in 2016, though the measure could meet a different fate as head taxes gain steam in local governments along the West Coast.

Earlier this month, the Seattle City Council voted to approve a tax on companies that earn at least $20 million per year. The levy will amount to 14 cents per employee per hour, or $275 per employee, per year.

Amazon, which is headquartered in Seattle and also employs more than 40,000 people in the city, said it was “disappointed” by the decision and expressed hesitation about continuing construction on a new project in Seattle.

Starbucks, another major U.S. corporation that calls Seattle its home base, blasted the decision, saying: “If they cannot provide a warm meal and safe bed to a 5-year-old child, no one believes they will be able to make housing affordable or address opiate addiction.”

Both companies have put money toward a campaign to have the tax repealed.

Experts have told FOX Business that corporations in these cities will respond negatively to these new taxes, which could mean less hiring and reduced wages for employees.