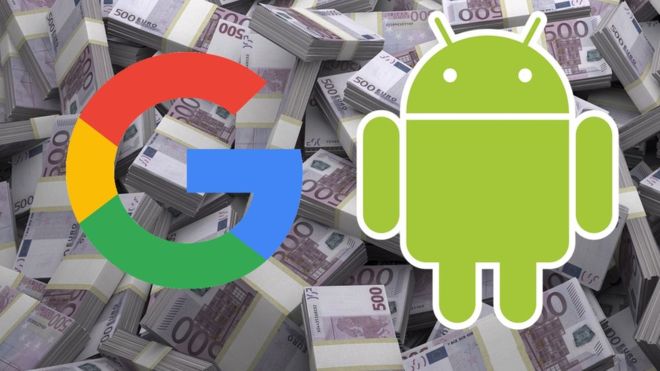 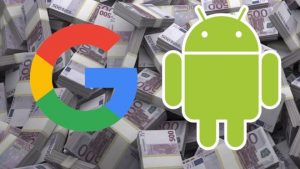 The European Commission said the firm had used the mobile operating system to illegally “cement its dominant position” in search.

The firm’s parent Alphabet has been given 90 days to change its business practices or face further penalties of up to 5% of its average global daily turnover.

It has said it plans to appeal.

However, it could easily afford the fine if required – its cash reserves totalled nearly $103bn at the end of March.

And she suggested the ruling could lead manufacturers to sell smart devices using different versions of the Android operating system to Google’s, such as Amazon’s Fire OS, which she said they had been prevented from doing.

“This will change the market place,” she said.

“Rapid innovation, wide choice, and falling prices are classic hallmarks of robust competition and Android has enabled all of them,” he wrote.

“Today’s decision rejects the business model that supports Android, which has created more choice for everyone, not less.”

Ms Vestager previously fined Google €2.4bn ($2.8bn; £2.1bn) over a separate probe into its shopping comparison service – a ruling the tech firm is in the process of appealing against.

In addition, her team has a third investigation underway into Google’s advert-placing business AdSense.

What is the case against Google?
Ms Vestager alleges that there are three ways that Google has acted illegally:

it required Android handset and tablet manufacturers to pre-install the Google Search app and its own web browser Chrome as a condition for allowing them to offer access to its Play app store
it made payments to large manufacturers and mobile network operators that agreed to exclusively pre-install the Google Search app on their devices
it prevented manufacturers from selling any smart devices powered by alternative “forked” versions of Android by threatening to refuse them permission to pre-install its apps
Ms Vestager acknowledged that Google’s version of Android does not prevent device owners downloading alternative web browsers or using other search engines.