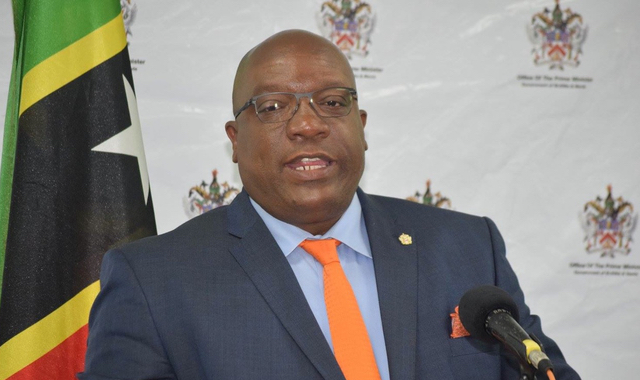 Basseterre, St. Kitts, Monday, 13th March, 2018 – The Minister of Finance in St. Kitts & Nevis, Dr. Timothy Harris, is expressing great satisfaction over what he describes as “largely positive feed back from CBI agents locally and internationally  regarding the Hurricane Relief Fund,” introduced in 2017, as part of the country’s Citizenship Investment Program.

Harris was at the time addressing real estate developers at the Ocean Terrance Inn (OTI) on Friday (March 9).

In a government release issued Monday, Harris, who is also the country’s Prime Minister reported that the Hurricane Relief Fund (HRF), introduced as a temporary investment option under the country’s Citizenship by Investment (CBI) Programme, has been a largely successful initiative undertaken by the Government following an active hurricane season last year.

The HRF was established in September 2017 as a third investment option, where the funds raised under this initiative will go towards the rehabilitation and reconstruction of key public infrastructure such as roads and buildings, which suffered damage during the passage of the two category 5 hurricanes, Irma and Maria.

Under the HRF, which is set to expire at the end of March 2018, foreign investors can make a non-refundable contribution of US$150,000.

Speaking at a meeting with real estate developers at the Ocean Terrace Inn (OTI) on Friday (March 9), Prime Minister Harris said the Government has received largely positive feedback from CBI agents locally and internationally regarding the Hurricane Relief Fund.

“What we have heard from all the players is that the Hurricane Relief Fund was the best thing to have ever happened to the market,” the Prime Minister said.

Dr. Harris continued, “We see concrete evidence in this in that the number of international marketing agents who came increased dramatically from November until now, and there have been nothing different about the programme except this [the Hurricane Relief Fund]. What we do know is that even some persons who had previously been critical of it have signed up and are now some of the largest players.”

Shortly after the introduction of the Hurricane Relief Fund, St. Kitts and Nevis was recognized internationally for offering the World’s Most Innovative Investment Immigration Programme.

This accolade was bestowed upon the Federation at the 2017 Russian Global Citizen Awards ceremony, held at Moscow’s prestigious Ritz Carlton Hotel. This annual event recognizes the best governments, companies and individuals who have excelled in investment, freedom of movement, and residence services.