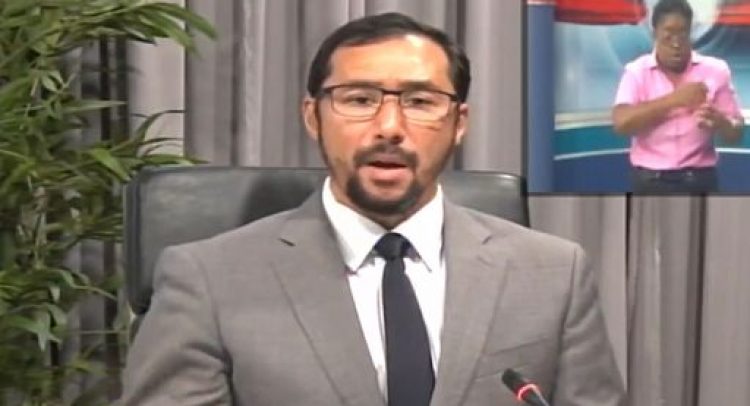 Government has change of heart on stranded cruise ship workers

There is now some relief among cruise ship employees stranded on various vessels, as National Security Minister Stuart Young says they will be allowed home soon.

It was a change of heart by the government, as on Tuesday, Young had said no exemption would be granted. He said cruise ship companies were already informed of Government’s closed border policy. But in a media release today, Young said he, along with the Minister of Health Terrance Deyalsingh, Chief Medical Officer Dr Roshan Parasram and others are discussing how the re-entry of nationals on the cruise ships could be scheduled.

“Exemptions for the entry of nationals into Trinidad and Tobago have been granted consistent with ensuring that we can manage the numbers being quarantined by the State, to ensure the continued protection of the population in Trinidad & Tobago. We are going to permit the entry of our nationals on these various cruise ships by establishing a schedule which allows us to manage their return, consistent with our resources, to protect them and the population,” Young said.

Informed of the decision, some employees were relieved but are anxious to know when the process will begin. Both Royal Caribbean Cruises Ltd and Norwegian Cruises Ltd Holdings began repatriation voyages to the Caribbean.

Young said the Ministry realised that there may be T&T nationals on various cruise ships in different locations throughout the Caribbean and elsewhere. He said the official request for exemptions for entry for cruise ships employees were previously provided by agents of the cruise ship companies. This was done collectively with the total request exceeding 430 nationals.

“We have not been provided with breakdowns per cruise ship and the particulars of where these various cruise ships are located,” he explained. “We have been making attempts to locate, for example, six nationals on one cruise ship said to be nearby. This task has been challenging as we do not have individual applications from these six, but rather we have a blanket application for 430.”

“The Government has been managing the public healthcare system and balancing the entry of nationals based, in a great measure, on the capacity of our public health care system to handle COVID-19 cases without being overwhelmed,” he added.

Young said the government is also working on the return of close to 275 students from Barbados and Jamaica. These students and cruise ship employees are only two categories of citizens who applied for exemption   Young said there were thousands of applications for nationals who are all over the world.

“The Government will continue managing the return of all of our many nationals who are scattered across the globe. We understand the difficulties each national who wants to return is facing,” he stated. “Our management of Trinidad & Tobago, based on expert medical public health advice and science, has taken us this far and we will continue to carefully manage our measures to protect the population of Trinidad and Tobago.”

The United Kingdom contributes $3.8m to PAHO for COVID-19 Response in the Caribbean