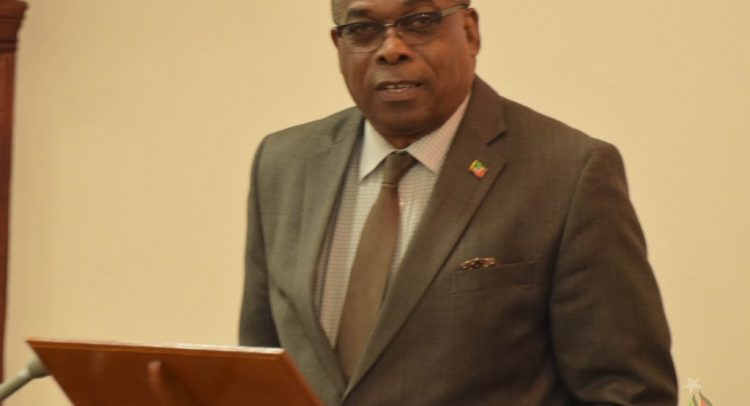 Basseterre, St. Kitts, July 13, 2018 (SKNIS): Residents in St. Kitts currently affected by water rationing have been assured that relief is on the way.

Minister responsible for Public Utilities, Honourable Ian Patches Liburd, announced in the Federal Parliament on Friday (July 13) that the Water Services Department (WSD) has collaborated with Royal Utilities – the supplier of desalinated water to the St. Kitts Marriott Resort – to link with the public system in order to provide the Frigate Bay area with 500,000 gallons of water per day. Negotiations are currently taking place to determine the fees.

Additionally, the government is in discussions with the United States-based company Bedrock Exploration and Development (BEAD) to “resolve outstanding issues that will connect the approximately one million gallons of water now available from two wells in the Shadwell area.”

The government contracted BEAD in 2015 to drill new wells that can provide new sources of potable water. Drilling in several areas has been done with the most advanced site being the two new wells in Shadwell. Wells have also been drilled in Challengers, Old Road, and Cayon.

“Mr. Speaker, the government is committed to further exploration of our groundwater resources as Ocean Earth Technology has done preliminary work and has identified several potential well sites that will add another one million gallons per day to the system,” Minister Liburd said.

The WSD was forced to introduce water rationing following a drought that gripped the Caribbean region in 2015. Figures revealed low rainfall in 2015 with 24 inches being recorded followed by 35 inches in 2016. In 2017, rainfall levels returned to normal with 60.5 inches being recorded which brought an end to the water rationing. However, the conservation practice had to be reintroduced in February 2018 following reduced levels of rainfall. As of June 30, 2018, the level stood at 9.4 inches of rainfall for 2018.

Minister Liburd implored consumers to practice water conservation such as fixing leaking pipes, washing vehicles using a bucket rather than a hose, and to avoid watering lawns unless the water is recycled.

Summer Heat Waves Raise Risk for Heatstroke… Are You Prepared?