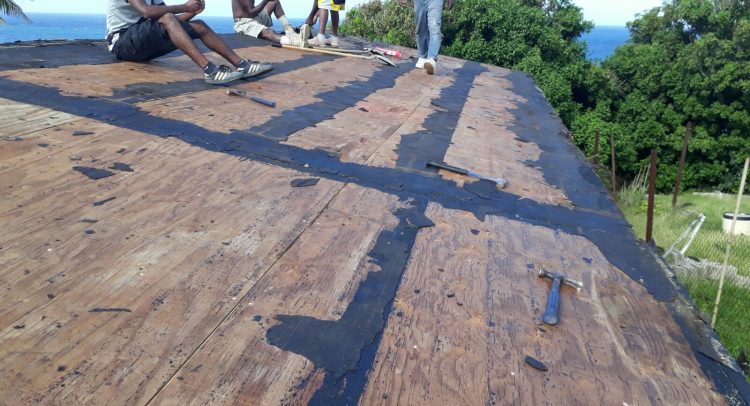 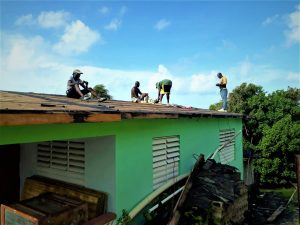 Basseterre, St. Kitts, June 05, 2018 (SKNIS): The Government of St. Kitts and Nevis is presently involved in an ongoing project to assist homeowners throughout the length and breadth of the country whose roofs were damaged during the passages of hurricanes Irma and Maria in 2017.

According to figures released by the National Emergency Management Agency (NEMA), there were 1,114 reported cases of homeowners with damaged roofs to varying degrees throughout St. Kitts due to the inclement weather. The Official 2018 Atlantic Hurricane Season began on June 1.

Through the home assistance project, the Government is providing roofing materials and the financing of labour costs to those who were affected. The work is being carried out with the engagement of several small contractors within the beneficiary communities. To date, all communities on the island have benefited, bringing much needed relief to the discomfort of several families with leaky roofs susceptible to the natural elements, while at the same time creating job opportunities for young people.

The home assistance programme is executed out of the Office of the Prime Minister with support and guidance from the Ministries of Social Development and Sustainable Development.