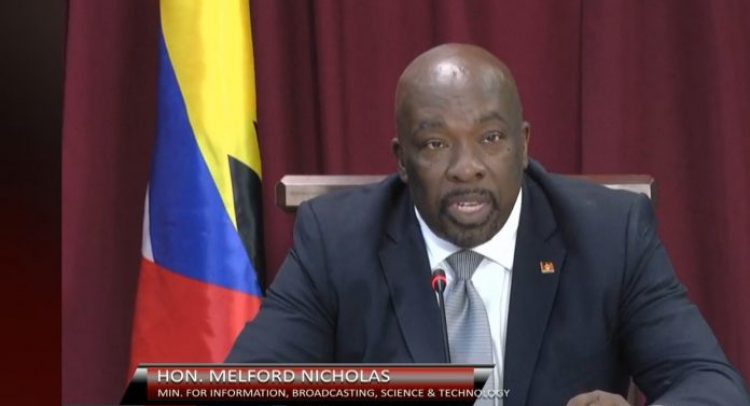 Information Minister Melford Nicholas says no decision has been taken to implement a national lock-down as 39 new covid-19 cases were confirmed yesterday.

The minister told a news conference yesterday that since the news of the new imported cases, he has been bombarded with questions about the possibility of a lock-down.

He said, “the cabinet would have discussed this matter and has taken no decision with regards to shutdown of the country.”

Nicholas said, “we believe the protocols that are in place are sufficient to lead to this kind of capture. what we can say is that more resources are on the way.”

In an earlier interview, Prime Minister Gaston Browne said he would shutdown the country if there is evidence of community spread.

18 of the 39 new cases are returning nationals – who entered Antigua by air over the last few days.

These nationals are now quarantined and isolated at the Government facility at Hawksbill hotel and will not be released into the community until they test negative.

None of these persons have been hospitalized.

Presently, there is no one hospitalized in Antigua & Barbuda with COVID, and none of the new cases require hospitalization.