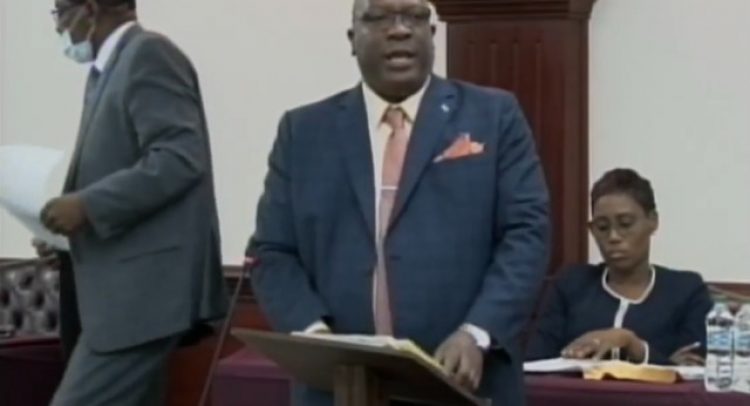 Basseterre, 16th October, 2020 (MyVue News.com)- The Government of St. Kitts & Nevis has taken decisive action to address what, in recent elections, has become a controversial issue, involving citizens of Commonwealth states, living in the country, (but are not naturalized citizens of St.Kitts & Nevis),but exercising their right to vote.

Until this new piece of legislation, any qualifying Commonwealth citizen in St. Kitts & Nevis was able to register and vote in either the local or national elections, provided they had been already resident for a period of 12 months or more.

However, since the elections of 2010, in particular, a new trend started to emerge, with increasing numbers of those citizens, who had principally travelled to the country to pursue medical studies, seek a better life or establish a business, also taking advantage of the opportunity to get involved in the electoral process.

The number of registered Nigerians, Indians, Jamaicans and Guyanese, for instance, started to attract the attention of political parties, and in rapid pace, these groups became important blocks of electors, targeted by politicians, for support at the polls.

But as one election rolled over into another, the participation of these groups, became a matter of concern and a subject of controversy, for natural born Kittitians and Nevisians, who complained that their destiny was being determined by “foreigners”.

The first was to create two separate categories of Commonwealth citizens, and the other, to establish two different qualifying time periods, that would qualify them to register and to vote.

Prime Minister Dr. Timothy Harris, speaking at the start of Thursday’s session, spoke on the importance of the new measure, saying, “It is also a very significant one which will introduce some elements of electoral reform.”

One category speaks to those citizens from sister countries within the English-speaking Caribbean, while the other group includes those from outside of the region, such as India, Australia, Fiji, Canada, etc.

For those Caribbean citizens, only a 12 month period of residency would be required before they are able to register and vote in an election, while for non-Caribbean Commonwealth Citizens, it would require a three (3) year residency period prior to registration as a voter.

However, this new law would not affect those Commonwealth citizens who are already here and registered to vote, it would apply to new persons seeking to register.

“Mr. Speaker the Bill in a manner of speaking establishes the greater kinship we hold with Caribbean countries within the Commonwealth. Indeed, we share membership in OECS, CARICOM community and by treaty and law, we have agreed to give citizens of CARICOM countries and OECS national treatment and they are bound to give our citizens national treatment,” Said Dr. Harris.

This is a move, however, that has been objected to by members of the opposition, who argue that there should be no differentiation between Caribbean and non Caribbean Commonwealth citizens, when it comes to their qualification for voter registration and casting a ballot at election time.

The opposition also questioned the timing and motive of the new legislation,suggesting that perhaps Government ought to have organized a national referendum to guide what actions were to be taken.

Critical to the matter of electoral reform has been the discussion around who can vote and the criteria for determining one’s eligibility or qualification for voting, stated the PM.

Power cut to thousands in California to prevent wildfires