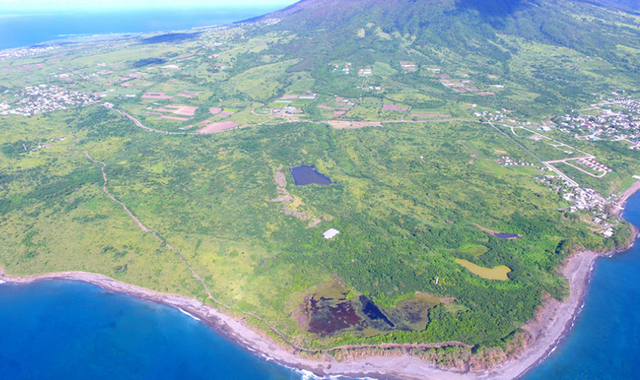 Basseterre, St. Kitts, 16th March, 2018 (MyVueNews.com) – Prime Minister Dr. Timothy Harris revealed that investigations will be carried out on the multi-million-dollar debt that the previous administration incurred to National Bank in an unrealised development at La Vallee Greens, just west of Sandy Point.

When asked by MyVueNews.com, at his recent press conference, if anyone will be made accountable for that debt, and what in fact happened to result in that debt, the prime minister indicated that the matter is being examined.

Prime Minister Harris said, “Those matters are works in progress. As we go on, we discover things that require further investigation. It is an ongoing exercise.”

He said also, “I am sure few people in the country knew that they had chalked up at La Vallee Greens sixty-two million dollars (in debt). For all we know, that green fence could not cost sixty-two million, and so, yes, we have asked that further investigations be done in that matter.”

But he also suggested that the media should ask the former prime minister to account for such “misfortune”.

“Perhaps we can get some clarity if some of these questions are put to the leader of the opposition. At least, he should be made to account of some of these misfortunes with which his administration had been involved,” Prime Minister Harris said.

Meanwhile, Harris said the sale of a portion of the La Vallee lands goes toward servicing that debt and the development of a major hotel.

Harris stated, “The sale of a small portion of land provides the opportunity to clear a portion of this huge and secret debt.”

The La Vallee lands that were sold will accommodate the construction of the Six Senses Hotel, on which work is scheduled to begin near the end of the third quarter of 2018.

According to Prime Minister Harris, the Team Unity Government is succeeding at La Vallee, where the previous Labour administration had failed.

“La Vallee will now be transformed into a site for serious economic activity and job creation. La Vallee Greens chalked up a mysterious debt of $62 million to National Bank. The former regime should explain how nothing at LaVallee ended up costing the country $62 million to one entity,” Harris said.

He continued, “The people’s Team Unity Government has been doing what its predecessor could not and did not do in twenty years. We are making something out of nothing, replacing an elusive dream with real action, real jobs and real opportunities.”

It is estimated that the Six Senses Hotel will employ just over 750 persons at its peak construction.