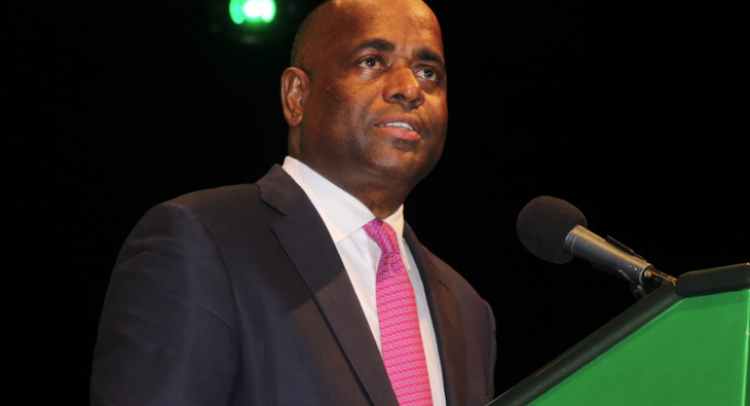 The Dominica government will table legislation allowing for persons over the age of 18 to be in possession of 28 grammes of marijuana as it moves towards the decriminalisation of the drug for medicinal and other purposes in the future.
Prime Minister Roosevelt Skerrit, speaking on his weekly television programme on Sunday night, sad that the amendment to the existing legislation will be debated when the Parliament meets later on Monday to discuss a number of matters.

“We are going to Parliament to have an amendment to the Act and to allow people to be able to have in their possession and for their use for religious purposes 28 grammes of marijuana. I believe in this amendment we will also for…persons to have a couple trees planted on their private premises and of course there will be conditions set,” Skerrit told viewers.

“So, if you are 18 and younger, you cannot smoke, you are not to be in possession of this. This is part of the amendments, of course there will be other conditions, such as you can’t smoke in the public, you can’t smoke on a bus, etc etc”.

Skerrit said that the new legislation is not being presented to Parliament to “free up the herb as we say. It is really about not prosecuting people for the possession of 28 grammes of marijuana,” he said.

Skerrit said that the initiative is in keeping with a promise made by his ruling Dominica Labour Party (DLP) in the campaign for the December 2019 general election.

“This is a progressive move by the government and the next step is to look at marijuana from a medicinal standpoint and the bigger legislative agenda from this will come later down. But we made a commitment in our manifesto and also in the budget address of 2020 and we are going to Parliament to amend the legislation.

“I am very happy that is being done and it would certainly be a great day for the country that we can have this passed in law and persons whose records reflect the charges, the convictions that will also be expunged from your records and you will be free to go about your life with a clean slate in terms of your criminal records,” Skerrit added.

Dominica would be joining other Caribbean Community (CARICOM) countries, most notably, Jamaica, Trinidad and Tobago and Antigua and Barbuda as well as St,. Vincent and the Grenadines that have in the past amended exisiting legislation relating to the use of marijuana.