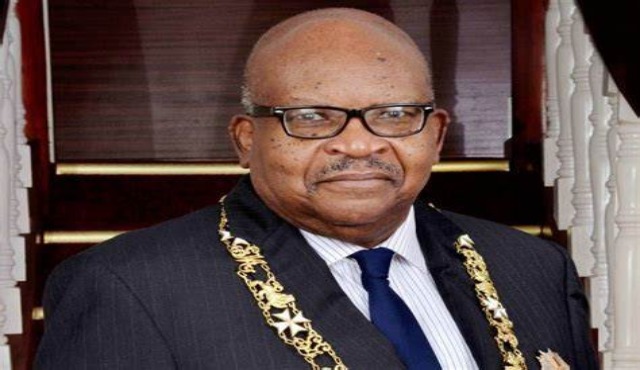 Tuesday, 22nd November, 2022, (MyVue News.com)- The Head of State in St. Kitts & Nevis, Governor General, Sir Tapley Seaton, in a rare media defense of his reputation, rejected claims associated with an article that he said was making the rounds in the local press.

The Governor General, however, did not reveal the actual claims that he said formed the content of the article, but he said that the matter had been referred to the police.

“It has just been brought to my attention that there is a story on the internet claiming to emanate from the St. Kitts Nevis Observer.com, and purporting to report a matter attributed to me,” said Sir Tapley.

The Governor General added, “I unreservedly refute this story as false and malicious, in an attempt to involve me in a matter of which I have no knowledge.”

Sir Tapley made it clear that “I have and I am fully engaged in the discharge of my duties as Governor General, and condemn this as false and malicious.”