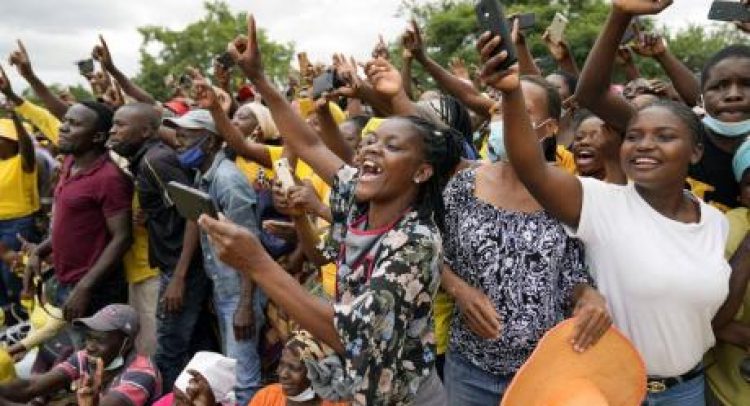 Zimbabwe’s general election is several months away, but many opposition figures said they are already battling intense government repression similar to the iron-fisted rule of Robert Mugabe, the former president who died in 2019.

President Emmerson Mnangagwa’s government is responding with force to opposition to his rule, stoked by worsening economic conditions including inflation at more than 250 per cent and the emergence of a popular new party.

Among those suffering from the government’s dragnet is opposition member of parliament Job Sikhala, who has been detained in the harsh Chikurubi prison near the capital, Harare, for close to three months on accusations of inciting violence.

The fiery 50-year-old Sikhala has been arrested more than 65 times in his two-decade political career, but has never been convicted of any crime, say his lawyers.

Most recently Sikhala was arrested in June with more than two dozen other activists of the opposition Citizens Coalition for Change, known as the CCC, and accused of fanning violence after skirmishes with ruling party supporters. Repeated attempts to get bail for him and the others have failed.

“The reason they have not been given bail is because they (prosecutors) know they will not get convicted. The idea is to make them serve,” said lawyer Beatrice Mtetwa.

“They know they don’t have the evidence to prove the cases,” said Mtetwa, saying the government’s legal tactics are “lawfare” to weaken political opponents.

Criticism of Mnangagwa’s government has been stoked by Zimbabwe’s inflation, currently estimated to be one of the world’s highest and rising numbers of people pushed into informal trade such as street vending. More than two-thirds of Zimbabweans eke out a living in the informal sector, one of the highest rates in the world, according to the IMF.

Few of Zimbabwe’s poor believe the recent introduction of gold coins as legal tender will improve their day-to-day hardships.

The CCC party, launched in January and led by Nelson Chamisa, 44, has attracted considerable attention and followers. In response, police in Harare and other cities have been banning the party’s meetings, as well as gatherings of civic organisations and church groups perceived as government critics.

Dozens of people — including opposition supporters, political activists, journalists, church leaders, trade union members and student leaders — have been arrested and appeared in court on various charges that legal experts say are harassment.

Mnangagwa’s strategy to stay in power appears to be to use the police, military, and security forces to keep the opposition in turmoil until elections are held next year, say analysts.

“The current environment has worrying indicators of the possibility of yet another violent and contested electoral period,” noted the Zimbabwe Human Rights NGO Forum in a statement in August.

Photo: Supporters of Zimbabwean main opposition leader Nelson Chamisa greet him upon his arrival at a rally in Harare on February 20.