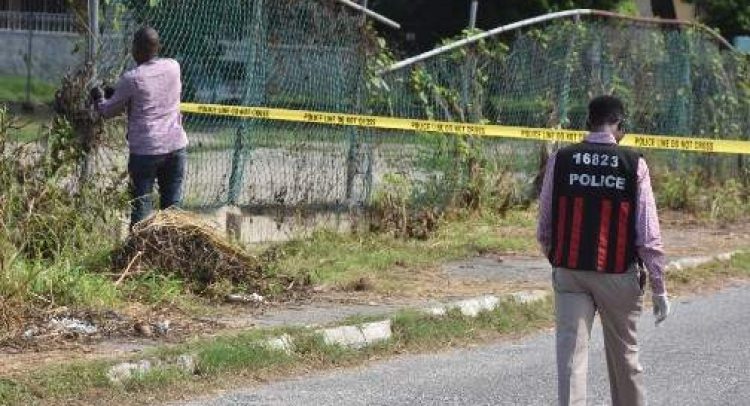 With 1,161 murders reported by the police in Jamaica up to last Saturday, and at least eight more on Sunday, the Government and the Opposition appear headed for another clash over measures to address the country’s crime rate.

Yesterday, Minister of National Security Dr Horace Chang condemned the two triple murders in St Ann and St Catherine over the weekend and declared that he has given clear orders to the security forces that, “these savages must be hunted down relentlessly and brought to justice”.

According to Chang, “The security forces’s strong response to these heartless killings must not be a matter of debate. We will do what it takes to stop these murderers from terrorising our children and our senior citizens. Our law-abiding citizens will be protected. These murderers will be removed from our society using all legal tools available to the police.”

Chang argued that the Government remains resolute in giving support to the security forces in a bid to bring to justice the perpetrators of violent crime who seek to create mayhem and rein terror on communities.

He said the Government will not relent in efforts to reduce violent crime in Jamaica with these efforts, including strengthening the intelligence capacity of the police force, allocating additional resources and a constantly reviewing the legislative arrangements which are intended to assist crime-fighting efforts.

The minister said he has had discussions with the leadership of the security forces about ways in which the Government may increase support as they pursue vicious gangsters, including those who are hired to kill.

But the minister’s declarations were not enough for the Opposition spokesman on national security Fitz Jackson, who urged Chang to, “take urgent action to stop the spike in murders and to prioritise the deteriorating crime and public security environment which has prevailed in Jamaica for several months”.

Jackson pointed to what he described as an escalation of murders over the weekend, with the two triple murders and more than 18 people killed since last Thursday.

Despite the murder total being two per cent below the figure for the same period last year, Jackson said the security minister “must respond with an effective policy initiative, which should include additional support for security personnel to combat this monstrous upsurge, which is of great concern to our citizens”.

The Opposition spokesman said the murders have continued to escalate since the September 3, 2020 General Election as there has not been sufficient ministerial attention to public safety and national security.

“Notwithstanding the election result, the Government should not fool itself into thinking that Jamaicans are satisfied with [its] performance in the area of national security in general and murders in particular,” Jackson said.

His reference was to the Government’s 49-14-seat landslide victory over the Opposition.

He charged that the Andrew Holness Administration has maintained a horrible record on crime, and said up to the week after the election, 891 people were murdered, which was 4.4 per cent less than the corresponding period in 2019.

“At the current murder rate… 2020 will surpass 2019 if the minister and the Government continue to pay lip-service and ignore the situation,” declared Jackson.

He said the killings over last weekend were indicative of the continuously changing environment of ‘creeping’ lawlessness and emboldened criminals, even in deep rural communities where criminal activity was always at the level of petty crimes.

According to the latest official figures from the Jamaica Constabulary Force, five of the 19 police divisions have seen sharp increases in killings this year, when compared to last year, while five have recorded significant declines.

The Kingston Western police division, where a bloody dispute is in full force between gangsters based in Tivoli Gardens and Denham Town, has seen a 60 per cent increase in murders with 88 people killed, up from 53 last year.

Clarendon (24 per cent), St James (23 per cent) and Trelawny (23 per cent) lead the police divisions which have recorded significant declines in murders, while the usually troublesome St Andrew South Police Division has recorded an 18 per cent decline.