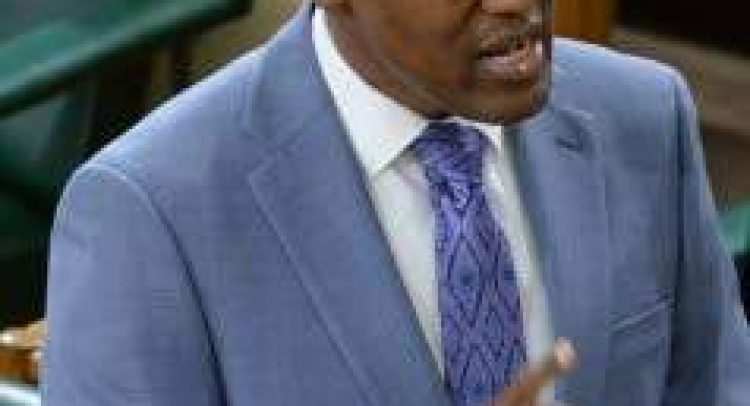 The Government seems set to start the legislative process which could lead to a restructuring of the Jamalco alumina operations in Clarendon, when the House of Representatives meets this afternoon.

The agenda for the meeting, which was initially planned for yesterday, included the tabling and taking of two ministerial orders by Minister of Transport and Mining Robert Montague which are expected to reshape the faulty partnership between Jamaica and the Noble Group.

In addition, Montague is expected to table a Capital Development Fund (Withdrawal) (Number 1) Order, 2020, which is likely to be taken at a later date.

Government sources contacted yesterday were tight-lipped about the exercise. However, the signs had been evident since the 2020/21 budget debate, during which Minister of Finance and the Public Service Dr Nigel Clarke had informed Parliament that the Government is at a very advanced stage of negotiating with the Noble Group to restructure Jamalco, moving it from an “unincorporated joint venture” to a limited liability company, in which both Noble and Clarendon Alumina Production (CAP) have ownership interests consistent with their current stake.

Dr Clarke said then that due to the significant fiscal risks involved, he had been working with Montague and his team at CAP, including CAP Chairman Dennis Morgan, on the transaction.

“As part of this restructuring exercise, in a mutual agreement with Noble, very shortly the Government intends to completely pay off the interest-bearing debt obligation owed to Noble of approximately US$140 million (J$19 billion), which is just under one per cent of GDP,” Dr Clarke said during his opening budget speech in March.

He said that this would allow the Government, working with Noble, to completely restructure the forward sale marketing agreement, as well as the joint venture from an unincorporated form where the Government of Jamaica is on the hook to supply working capital — which today is a sub-optimal arrangement — to an incorporated form,” he added.

In his opening sectoral debate speech last week Tuesday, Montague indicated that due to faulty marketing agreements that allowed Noble to market local alumina, the debt to Noble had ballooned to some US$300 million. However, it is understood that the current debt is closer to US$250 million.

Montague was concerned that the expanded debt was due to additional borrowing over the years to fulfil obligations.

He cautioned that if a solution could not be found through discussions on forming a joint venture which would eventually be placed on the Jamaica Stock Exchange the security from a Special Mining Licence, which was included in the original deal with Noble, would have to be utilised to liquidate the debt and other obligations.

The issue dates back to June 2013 when the Jamaican Government-owned CAP concluded arrangements with the Noble Group, which relieved the national budget of shortfalls on CAP’s joint venture obligations through the cessation of the provision of grants from the Government.

Prior to the arrangement, the Jamaican Government had acquired 84.1 per cent (US$389.6 million) of CAP’s outstanding loan obligations, a requirement for securing a US$120-million loan from Noble with which the company was entering a long-term alumina sales agreement.

The intention of the debt acquisition was to boost the likelihood of CAP’s divestment, by improving its financial provision and removing the need for further Government of Jamaica support of its participation in the Jamalco joint venture.

Following that move, the loans acquired by the Government were replaced by the US$120 million loan facility from the joint venture partner, which would have enabled CAP to repay its remaining obligations and provide financing for its share of working capital in Jamalco’s day-to-day operations.

Servicing of the loan began in July 2015, in keeping with the alumina shipments, with CAP using its 45 per cent interest in Jamalco to secure the debt. However, losses ballooned to US$95 million by the end of 2013/14. Its net profit margin remained negative despite a slight improvement in 2016/17.

Jamalco is a joint venture between Noble Group and CAP with a focus on bauxite mining and alumina production, which was established after the closure of Alcoa. The company started as a bauxite mining venture by Alcoa in 1959. It began alumina production at a new refinery in Halse Hall, Clarendon in 1972. The Government of Jamaica acquired a 50 per cent share in 1988.