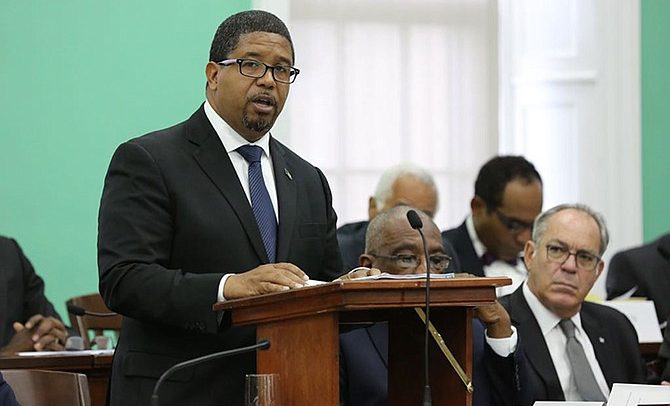 The government intends to introduce the first phase of the Catastrophic Care Insurance Plan under National Health Insurance (NHI) in the upcoming fiscal year.

“In respect to protecting Bahamians from vulnerabilities, perhaps nothing can be so potentially devastating – personally, emotionally and financially – than having to face the prospect of a major injury or illness to yourself or anyone you care about,” Deputy Prime Minister and Minister of Finance Peter Turnquest said in the House of Assembly yesterday.

“Thus, I am also pleased to announce that the government will – in this upcoming fiscal year – also introduce the first phase of the Catastrophic Care Insurance Plan under NHI during the coming fiscal year, extending real and tangible critical health care coverage to Bahamians throughout the country.”

The Christie administration introduced the enrolment and primary care phase of NHI on May 1, 2017.

It did so with no public insurer in place and no means of funding the program.

The former government originally committed $24 million to catastrophic care, but soon said it recognized the need to increase it to as much as $30 million.

Minister of Health Dr. Duane Sands said it was “unfortunate” the rollout happened days ahead of the general election.

He pledged to scale back and revamp the program in partnership with stakeholders, a move welcomed by the Bahamas Insurance Association (BIA).