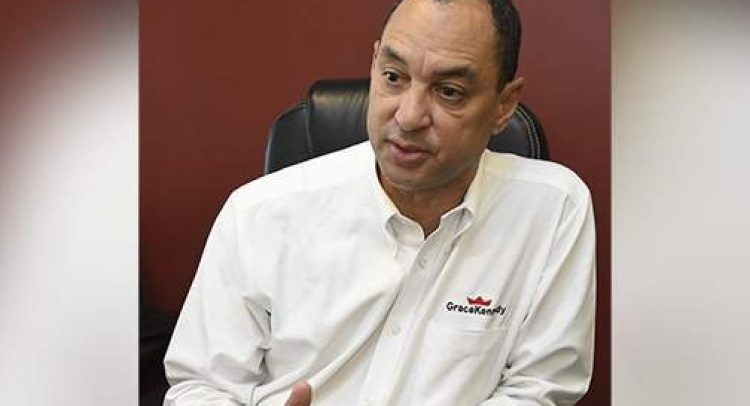 Following the overwhelming interests in opening bank accounts by recipients of the Government’s compassionate grants, GraceKennedy Group (GKG) CEO Don Wehby says the group now more than ever is dedicated to its financial inclusion strategy — a system expected to support Jamaicans who are either unbanked or underbanked.

“When the Government announced the compassionate grants, it gave two choices — use a remittance company or get funds lodged directly to a bank account. Over 80 per cent of the recipients of the grant requested GraceKennedy Money Services/Western Union as their pay-out location, and over 11,000 accounts have been opened by First Global Bank,” Wehby was speaking at GKG’s live streamed general annual meeting on Wednesday.

Citing a study conducted by Dr Maurice Mcnaughton of The University of the West Indies that revealed that 86 per cent of Jamaicans are either unbanked or underbanked, Wehby declared that this presented a significant opportunity for GKG.

“This is one of the biggest compliments that the [GKG] can get is that people trust us. We have paid out 90 per cent of those funds to date. I believe that along with our remittance business and banking the unbanked, this is going to be a critical strategy for GraceKennedy to grow significantly in the financial services sector. This could be in fact a game changer for the GraceKennedy’s group of companies,” he asserted.

In response to the overwhelming interest, First Global Bank had simplified the account opening process for compassionate grant recipients, which allowed them to use a Government-issued ID and taxpayer registration number. It also extended the time to open an account so that everyone who received a grant can visit a First Global Bank branch, mini-branch or visit the website www.firstglobal-bank.com to open an account with these same reduced requirements.

According to Wehby, in early March, the group’s remittance inbounds —a big earner for the group — were down 30.4 per cent when compared to the previous year due to the fallout from the COVID-19 pandemic, meanwhile direct bank transfers were down 15 per cent.

“A basic question was asked — why would somebody in New York in this pandemic leave their home to find a location to send money to someone in Jamaica? We decided to focus all our resources to direct to bank transfers, and as of last week Friday, our remittances are up and direct to bank is up 184 per cent. Where there is a crisis, there is an opportunity,” Wehby revealed.

“Our strategy is very clear, we have established a brand — GK One, which will have 20 locations by the end of 2020. We’re going to be increasing it more to ensure that Jamaicans have access to first-class banking,” he continued.

Wehby added that under GraceKennedy’s Ecosystem initiative, which comprises the group’s financial services and Hi-Lo Food Stores, there will be a digital integration. Three phases will launch new digital features: phase one – a prepaid card, phase two – the reintroduction of an improved GK MPay, and phase three – a mobile app.

We cannot afford to turn back the hands of time: Borders remain closed, advises PM Harris