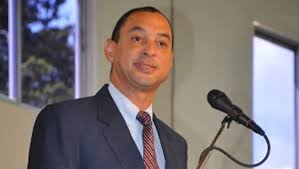 Group CEO Don Wehby made the announcement Wednesday during the company’s annual general meeting at its headquarters on Harbour Street, downtown Kingston.

“When you’re on a strategic journey you must not be ashamed to look back and do an assessment, and say ‘listen, we could have done better’. We are at that point now where all indications are showing that the more efficient, more profitable way for GraceKennedy to really carry out our strategic intent for Ghana is through a third party distributor, and that is the direction in which we are heading,” he said.

GraceKennedy entered the African market through Ghana in 2012. That same year, the company reported $41 million in revenues and later set a target to generate 15 per cent of revenues from the continent by 2020.

In 2014, after experiencing difficulties with its African distributor whose core business was in disposables, GraceKennedy announced plans to invest roughly US$10 million in setting up its own distribution business in Africa, starting with Ghana, through new subsidiary GraceKennedy Ghana Limited.

Up to end of 2017, revenues from Africa declined 24 per cent to $125 million year over year. The continent’s performance contributed only 0.2 per cent of GraceKennedy’s overall revenue, which grew to $92.8 billion for the year.

“For 2018 you may see a dip, but we anticipate that you are going to see the growth when we set up that third party distribution. I want to make the point again that Africa and Ghana remain extremely important to the GraceKennedy Group, it’s a part of us becoming a global consumer group, but sometimes you have to look at your strategy and you have to rewind and come again,” the CEO told shareholders.

GraceKennedy’s revenue totalled $25 billion for the first three months of the year, further assuring Wehby that the company can meet its target of $100 billion in revenue by the end of the year.

Growth for GraceKennedy’s food trading division is expected to come from the relaunch of the acquired La Fe brand, which has seen an improvement in revenue of US$10 million.

“It’s extremely important if you are setting out on a journey to be number two under Goya, that you be very scientific. You have to be very focused on how you will approach. Market surveys and research coming out of the acquisition showed us very clearly that for us to really break out and increase the revenue in line with what we are hoping, we would have to refresh the brand, put on new labels, new packaging,” Wehby said.

The market is estimated at US$7 billion.

Grace Foods Canada Inc was successful in establishing a relationship with Costco, one of the largest warehouse clubs in North America, while other listings in Canada continue to show good growth prospects.

Europe, which contributed 15 per cent of revenue for the year ended 2017, is also projected for significant growth.