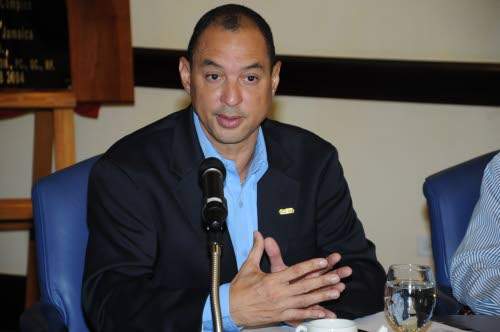 Conglomerate GraceKennedy Group Limited has employed the services of London Consulting Group to assist with its planned restructuring process as the company positions itself to surpass $100-billion in revenue by year end.

Group CEO Don Wehby, during the company’s annual general meeting last Wednesday at its Harbour Street, Kingston headquarters, disclosed that the firm, which has worked with the likes of Nestlé, is expected to assist the GraceKennedy team with finding ways to improve productivity and maximise efficiencies across the group.

The restructuring also forms part of strategic plans for the company in the lead-up to its 100th year anniversary in 2022.

“GraceKennedy maintains that in order to remain innovative and successful in the global marketplace, the company must be forward-looking to achieve an agile, efficient and high-performing structure. The executive leadership of the company has made a firm commitment to optimise the group structure for improved performance and shareholder value, delivered by a highly skilled and motivated workforce,” Wehby said.

Among the priorities Wehby identified for the company are: embedding lean management practices for increased efficiency; facilitating empowered and autonomous subsidiaries to foster entrepreneurship; and maintaining strong corporate social commitments through both the GraceKennedy Foundation and the GraceKennedy and Staff Community Development Foundation.

Additionally, the company wants to continue its pursuit of innovation and new growth opportunities, while inculcating a customer centric culture throughout the group.

“As I stand here in front of the owners of the company, I know we must review the organisational design of GraceKennedy to see how we can improve productivity and increase efficiencies. You have our commitment that this great company of yours will be even better when we celebrate our 100-year anniversary in 2022,” Wehby said.He reasoned that the company has not been generating enough profit and cash and can perform better. For its 2017 financial performance, GraceKennedy posted an increase of 4.8 per cent in revenue to total $92.48 billion over 2016.

The marginal revenue growth was driven by increases in all segments, except Money Services, which showed a decline. The Banking and Investments segment reported the highest growth rate of 7.1 per cent, followed by Food Trading and Insurance, which showed growth rates of 5.5 per cent and 0.2 per cent, respectively. Food Trading continues to be the dominant contributor to revenue accounting for 78.5 per cent of total group revenue.