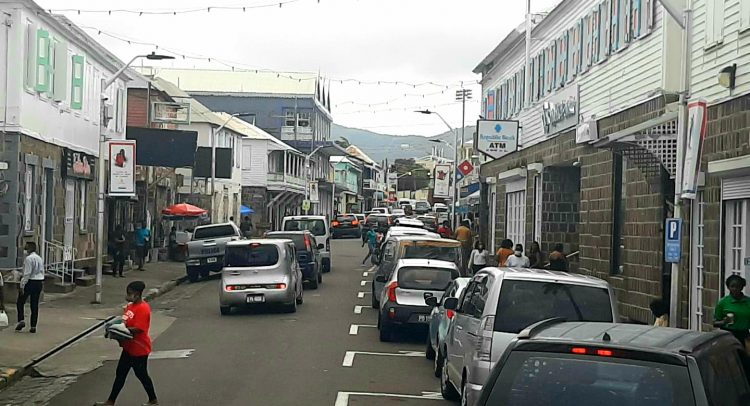 Gradual, but St. Kitts & Nevis coming from under COVID-19 cloud

With the gradual climb up the vaccination ladder, etching towards the hopeful 70% herd immunity, expected in the last quarter of 2021, St. Kitts & Nevis is weighing the possibilities of a safer COVID-19 environment to open back its economic corridors, especially tourism, but also to reignite its sporting and entertainment sectors.

The Ministry of Health has now confirmed its decision to reduce the number of quarantine days, down from 14, to only 9, provided incoming visitors are fully vaccinated.

This new policy will take effect from Saturday, 1st May,2021.

One other change in protocols announced on Tuesday, (27th April), spoke to the allowance of up to 50% of spectator capacity, at all sporting events in the country. This would provide much-needed ease to disciplines such as football, track and field, netball, cricket, and others.

However, the COVID-19 Task Force seemed hesitant, at this time, to apply similar allowances for entertainment and cultural events.

Unlike the sporting events where the allowance was clearly stated, the language used for entertainment and cultural activities appeared to imply that each request would be treated on its merit and a decision applied accordingly.

They did, however, indicate that effective 19th July, 2021, such favourable consideration could be given, once expected patrons are fully vaccinated.

Organizers and promoters of fetes, parties, and perhaps even the annual Culturama celebrations in Nevis, would, no doubt, be paying close attention.

Culturama has already been given the green light for late July to early August, but with only 150 persons permitted, including staff, contestants, technicians and all other personnel, leaving the room, for only 60 paid spectators.

Some have already argued that this would not be tenable; thus there is this new expectancy coming from organizers, after the release of the guidelines issued on Tuesday.

What this would mean for the St. Kitts Music Festival, which had to be taken off the calendar in 2020, and the celebration of the 50th anniversary of the “Sugar Mas” carnival, in December, is still too early to state. However, the prospects look bright. Though the final word has to come from the COVID-19 Task Force, it is hugely possible that carnival 2021 could see the return of the major fetes, street parades, and j’ouvert.

A lot would be dependent though on the continued willingness of citizens and residents to get vaccinated, to help keep the country ‘almost’ COVID-19 free, or at least, at low risk levels.

Last year, the island hosted the first-ever fully virtual carnival, (December-January), but revelers are hoping for a bigger bash in 2021, given the special Golden Anniversary.

One major event that will benefit from the new protocols, which health officials have cautioned can change if the COVID-19 conditions in the country shift from the current trajectory, is the Caribbean Premier League, CPL.

It was jointly announced on Tuesday this week that the entire CPL tournament will be staged in St. Kitts from 28th August to mid-September. All stakeholders would be required to be fully vaccinated and those arriving from overseas would have to quarantine for 9 days. By December, all that could change to the removal of the quarantine protocol.

As of 27th April, St. Kitts & Nevis had only 44 confirmed cases, though there are no active ones.

There have been no deaths recorded.

The country has had one of the most impressive COVID-19 records in the management of the virus.

It is already eyeing a full reopening of the country from 1st October this year and cruise tourism is due to resume from 1st June, though the first major call is not expected until July.