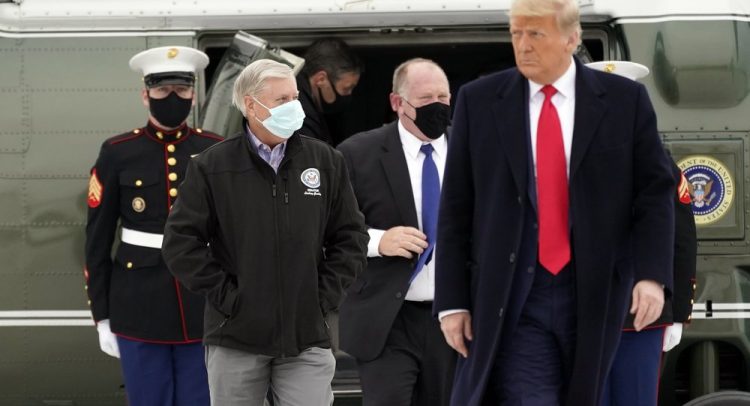 WASHINGTON (AP) — The Latest on the fallout from the attack of the U.S. Capitol by pro-Trump loyalists (all times local):

Republican Sen. Lindsey Graham of South Carolina says the impeachment effort being pushed by House Democrats could “do great damage to the institutions of government” and he’s warning his GOP colleagues not to support it.

Graham is a frequent ally of President Donald Trump. Last week, Graham condemned the violent mob of the president’s supporters who invaded the Capitol. After that siege and after Trump had pushed the unconstitutional argument that Vice President Mike Pence could overturn the election results, Graham said to count him out and that “enough is enough.”

Still, Graham has stayed in touch with the increasingly isolated president.

And Graham’s message to fellow Republicans on impeachment is that those “who legitimize this process, you are doing great damage not only to the country, the future of the presidency, but also to the party.”

He says the millions of people who have supported Trump and his agenda “should not be demonized because of the despicable actions of a seditious mob.”

At least five GOP House members have said they will support impeachment, and two Republican senators have called on Trump to resign. Another GOP senator has said he will take a look at the articles of impeachment when they are sent to the Senate.

Main Photo: Sen. Lindsey Graham, R-S.C., left, walks with President Donald Trump as they board Air Force One upon arrival at Valley International Airport, Tuesday, Jan. 12, 2021, in Harlingen, Texas, after visiting a section of the border wall with Mexico in Alamo, Texas. (AP Photo/Alex Brandon