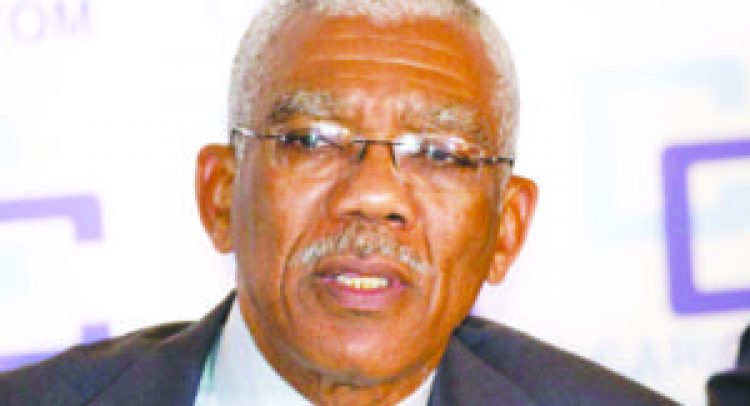 As the Guyana Elections Commission prepares to receive the final report from Chief Elections Officer Keith Lowenfield ahead of the elections declaration, caretaker President David Granger held a meeting with Leader of the Alliance for Change, Prime Ministerial candidate for APNU/AFC Khemraj Ramjattan, and AFC executive Cathy Hughes at State House on Wednesday. APNU campaign manager Joseph Harmon was also part of the meeting.

On Tuesday, after considerable deliberations on the report submitted by Lowenfield, Chairperson of the Commission, Justice Claudette Singh, advised the CEO to prepare a report to ascertain the results of the elections under Section 96 of the Representation of the People Act, Chapter 1:03 and in keeping with Order No. 60 of 2020 and its addendum dated 29th May, 2020. This now clears the way for the Peoples Progressive Party Civic (PPP/C) to be declared the winner of the 2020 General and Regional Elections.

Following that meeting, Harmon, in a live broadcast via social media, called for coalition supporters and others to exercise restraint as the nation waits the declaration of results.

During the broadcast, he assured that the process is not yet over as Chief Elections Officer Keith Lowenfield still has to prepare a report for the commission.

“We continue to urge restraint by all Guyanese, be they our supporters or any other party’s supporters. We ask that you exercise restraint as we await the declaration by the Chairman of the Elections Commission,” Harmon said.

But even as the AFC leader has committed to accepting the GECOM Chair’s decision, in his live broadcast, Harmon argued that Lowenfield cannot include the votes that APNU/AFC claimed were invalid.

However, the decision made on Tuesday by GECOM Chair, retired Justice Claudette Singh, made clear that GECOM does not have the powers of a court of law, and cannot cloth itself with such powers. Singh had said that GECOM does not have the power to interrogate witnesses and determine the credibility of an election. This, according to her, is for the High Court following an election petition.

Singh has since asked Lowenfield to prepare and submit a final report no later than today, based on the results of the recently concluded National Recount.

The recount data shows that the People’s Progressive Party (PPP/C) won the elections with a total of 233,336 votes, while APNU/AFC received 217,920 total votes.

Impending declaration
In a landmark decision, retired Justice Singh had decided to use the results from the recently concluded recount and have the People’s Progressive Party/Civic (PPP/C) declared winner of the 2020 General and Regional Elections.

This decision was made on Tuesday afternoon, after a day of meetings between Singh and the six GECOM commissioners.